With a longer and more severe cold and flu season expected this year, many are wondering if one dose of the influenza vaccine will be enough to ward off severe illness and dangerous respiratory complications.

With a lot of talk about extra vaccine doses and booster shots for COVID-19, you might wonder if getting two flu shots would offer more protection—or if it’s even possible to get more than one flu shot in the same season.

Just one flu shot a year is recommended (and enough) for most people, but there are exceptions—for example, kids who are getting a flu shot for the first time.

According to Mathew, “everyone else only needs to get a single influenza vaccine for the season.”

Can the Flu Shot Give You the Flu?

How Well Does One Flu Shot Work?

Each February, the United States works with the World Health Organization (WHO) to determine the formulation of the flu vaccine for the upcoming influenza season. The goal is to closely match the same viruses that are currently circulating and causing illness.

How Well Do Flu Shots Work?

In some years, flu shots will work pretty well. In others, not so much. A flu vaccine’s effectiveness is affected by a number of factors, including:

Would Two Flu Shots Ever Be Recommended for Adults?

While kids benefit from two flu shots, there is not enough evidence to show that it would be helpful for any other groups to get a second dose.

Some studies in adults with compromised immune systems (like organ transplant recipients) have looked at whether getting a second flu shot might be helpful, but more research is needed before the recommendation would be changed.

Currently, the Centers for Disease Control and Prevention (CDC) states that for adults, “studies have not shown a benefit from getting more than one dose of vaccine during the same influenza season, even among elderly persons with weakened immune systems.”

What If I Get Two Flu Shots By Mistake?

If you accidentally get two flu vaccines by mistake, don’t panic. Getting a double dose is not dangerous, but it’s also not going to be more helpful than getting one.

A flu shot that works well is key to combating a severe flu season, but the length of immunity provided by each annual dose is another key aspect.

According to experts, flu vaccine immunity wanes over time but typically provides protection for five to six months. However, this timeframe depends on different factors like a person’s age and the strain of flu virus that’s going around.

We know that vaccine effectiveness wanes through the season, with some estimating an approximate 5% loss each month following vaccination.

“The length of the influenza season is, indeed, relevant to our strategy for vaccination,” Buddy Creech, MD, MPH, a professor and chair in the Department of Pediatrics at the Vanderbilt University Medical Center and the director of the Vanderbilt Vaccine Research Program, told Verywell. “We know that vaccine effectiveness wanes through the season, with some estimating an approximate 5% loss each month following vaccination.”

That said, Creech added that these numbers are challenging to come by.

“[I] think it’s fair to say that the longer we go after vaccination, the less immunity we have.”

Reasons You Might Want to Get a Flu Shot Early

Some people may want to get their yearly flu shot a little sooner. For example:

Despite waning immunity over time, the CDC still says that one flu shot is enough to get the general population through an entire flu season.

“This is part of the reason CDC suggested that older individuals get vaccinated in October rather than being first in line to get them in July or August,” said Creech. “We do not fully know the characteristics of waning immunity in children, but it is clear that vaccinating in the fall protects children through the influenza season, even when it extends into the very late spring.”

Experts suggest people get their annual flu shot in September or at least by the end of October. The flu vaccine is offered as long as the flu virus is circulating in the community, but the U.S. flu season tends to peak in January and then taper down in the spring.

Who Should Not Get Flu Shots?

Which Flu Shot Should You Get?

While you most likely only need to get one flu shot per flu season, timing matters. Remember that it takes about two weeks after you get vaccinated for immunity to kick in.

Annual influenza vaccines are recommended for everyone aged 6 months and older. The only group that needs more than one flu shot per season (two doses spaced four weeks apart) is kids between the ages of 6 months and 8 years old who haven’t gotten a flu shot before.

People over the age of 65 should get one of three high-dose flu vaccines available to ensure they get the best protection. Getting your flu shot in the months of September and October helps make sure you have protection through peak flu season into the spring.

Which Flu Shot Should I Get If I'm Over 65?
10 Sources
Verywell Health uses only high-quality sources, including peer-reviewed studies, to support the facts within our articles. Read our editorial process to learn more about how we fact-check and keep our content accurate, reliable, and trustworthy. 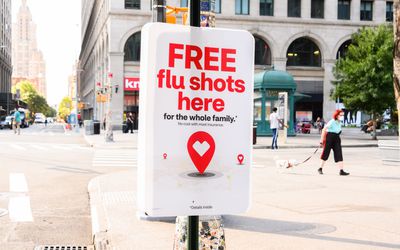 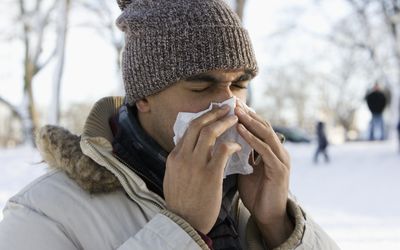