When polyps are removed to reduce the risk of colorectal cancer

Amber J. Tresca
Amber J. Tresca is a freelance writer and speaker who covers digestive conditions, including IBD. She was diagnosed with ulcerative colitis at age 16.
Learn about our editorial process
Medically reviewed by Doru Paul, MD

A colon polyp is a growth on the lining of the wall of your colon (large intestine) or rectum. Polyps are common in people over 50 and tend to grow slowly. Over time, some polyps can develop into colon cancer, which is why they are typically removed during a routine colonoscopy.

This article looks at the different types of colon polyps, including their relationship to cancers of the colon or rectum. It also describes the symptoms and causes of colon polyps as well as the current colon cancer screening recommendations in the United States.

There are different types of colon polyps, each of which has its own characteristics and structure. These and other factors (including the size and location of a polyp) can help determine the potential risk of cancer.

There are five broad categories of colon polyps as well as "mixed" types that have characteristics of two or more polyp types.

Tubular adenomas make up around two-thirds of all colon polyps. They are one of two types of adenomatous polyps that can develop in the colon's inner lining.

Adenomatous polyps, also known as adenomas, originate in epithelial tissues (the thin layer covering organs, cavities, and vessels of the body). Tubular adenomas as so-named because they tend to form in an orderly tubular shape.

What Is a Neoplasm?

Adenomas are neoplastic. The term neoplasia describes an abnormal growth of cells that gradually lose the characteristics of normal cells. When neoplastic cells form into a mass, it is called a neoplasm (tumor). Neoplasms can be benign (non-cancerous), malignant (cancerous), or precancerous.

Villous adenomas are another type of adenomatous polyp that has a greater potential of becoming cancerous. While less common than tubular adenomas, around 30% of villous adenomas will turn into colon or rectal cancer.

The term villous describes the finger-like projection (villi) on the surface of the epithelial tissues. Unlike tubular adenomas that develop in an orderly fashion, villous adenomas develop haphazardly and often have a cauliflower-like appearance.

When Is a Polyp Removed?

Any polyp with a villous component or a diameter greater than 1 centimeter (regardless of type) is typically removed since it is considered to be at high risk for becoming cancer.

Hyperplastic polyps are a type of polyp that rarely ever turns cancerous. The term hyperplasia simply describes an abnormal increase in the number of cells that causes tissues to enlarge. (Benign prostatic hyperplasia, for example, is the term used to describe an enlarged prostate.)

Hyperplastic adenomas tend to develop in parts of the digestive tract where tissues have been previously damaged. Hyperplastic polyps are usually small and situated in the lower end of the colon, such as the rectum and sigmoid colon.

Hyperplastic polyps are considered to be non-neoplastic.

Inflammatory polyps are those that arise in tissues damaged by chronic intestinal inflammation. They are mostly found in people with inflammatory bowel disease (IBD), such as Crohn’s disease or ulcerative colitis.

As with hyperplastic polyps, inflammatory polyps are non-neoplastic and, as such, have a very low potential for turning cancerous.

Inflammatory polyps are sometimes referred to as pseudopolyps ("false polyps") because they aren’t polyps per se but rather an inflammatory complication of IBD.

Hamartomatous polyps are a rare type of colon polyp typically seen in children. They may manifest with a single polyp or multiple polyps.

Hamartomatous polyps are considered an inherited genetic condition. While the polyps are non-neoplastic, they are still linked to an increased risk of colon cancer, albeit in different ways.

It is thought that cancer may not arise from the polyps themselves but rather from inherited genetic errors that cause stem cells to divide abnormally. (Stem cells are unspecialized cells that can transform into specialized cells based on signaling molecules, called growth factors, that "tell" the cell what to become.)

This is evidenced by the fact that cancer rarely occurs if there is only one hamartomatous polyp. The differs from adenomas, in which cancer can develop from a single polyp. This suggests that multiple factors, including genetics, contribute to the onset of cancer from hamartomatous polyps.

Shapes and Characteristics of Colon Polyps

When describing a polyp, a diagnostic specialist known as a pathologist will use different terms to describe the characteristics of the growth. Some of these characteristics are linked to an increased risk of colon cancer.

Colon polyps can be described in the following ways:

What Is a Polypectomy?

In most cases, colon polyps do not cause any symptoms. Because of this, polyps can go undetected until they are found during a routine colonoscopy.

When polyps do cause symptoms, they may include:

Scientists are not exactly sure why some people get colon polyps, and others do not. There is evidence that genetics play a part. This includes having so-called APC, TP53, and KRAS gene mutations which often run in families.

Certain people are at greater risk of polyps due to non-modifiable (unchangeable) risk factors, such as:

There are also modifiable (changeable) risk factors that may contribute to the onset of colon polyps, including:

There is no consistent way to prevent colon polyps, but a healthier diet and lifestyle may help. Calcium, folic acid supplements, and a daily low dose of aspirin may also protect against the development of polyps in some people.

The best way to avoid colon cancer is to undergo routine colorectal cancer screening, Updated guidelines from the American Cancer Society and U.S. Preventive Service Task Force recommend screening starting at age 45 for adults at average risk of the disease.

The screening should be repeated every one to 10 years based on the type of test used:

Those at high risk because of a family history of colon cancer or other factors can be screened at an earlier age and tested more frequently.

Colon polyps are abnormal tissue growths in the colon's lining (large intestine). Many polyps are harmless, but some have the potential to turn cancerous.

Tubular and villous adenomas are two polyps that can sometimes develop into colon cancer, while inflammatory and hyperplastic polyps rarely do. Hamartomotous polyps found in children can also lead to cancer, albeit by different means.

Most colon polyps are harmless and will never turn cancerous. Even so, there is often no way to tell when a small polyp might suddenly grow out of control and become a malignant tumor.

By adhering to colon cancer screening recommendations, suspicious polyps can be identified and removed before there is any chance of them turning cancerous. Even if cancer is found, early diagnosis almost always leads to better outcomes. 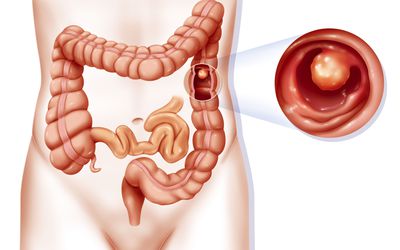 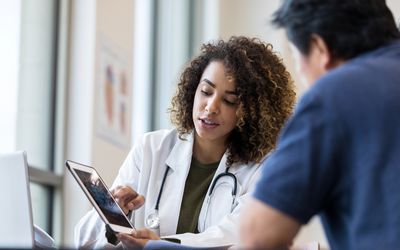 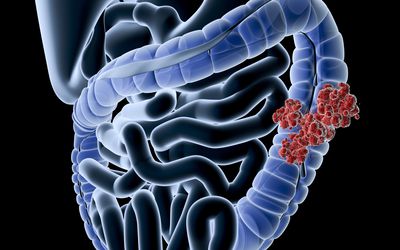