MS is difficult to diagnose. Each case involves a unique set of symptoms that may be similar to a host of other illnesses.

It is an autoimmune disease. The immune system mistakes myelin, a coating on the nerves, for a dangerous invader, like a virus. It then attacks and tries to destroy it. The attack leads to damage—called demyelination—and inflammation in the central nervous system (CNS, brain and spinal nerves), which leads to lesions. Lesions cause MS symptoms.

They’re also part of the diagnostic process. Under guidelines called the McDonald criteria, MS is diagnosed if a patient has:

To determine if patients meet the criteria, healthcare providers use:

A doctor may also order blood work, imaging, and other tests, depending on specific symptoms, to rule out other conditions.

MS is an autoimmune condition that's hard to diagnose. Healthcare providers use neurological exams, nerve testing, an MRI, a lumbar puncture, and other tools to reach a diagnosis.

The four main forms of MS were defined in 1996 by the National Multiple Sclerosis Society. The organization based its on survey responses from specialists in MS treatment and research.

Based on new knowledge from research, the definitions were updated in 2013. The diagnostic criteria continue to be refined as well. The most recent update was in 2017.

Clinically isolated syndrome is somewhat of a “pre-MS” diagnosis. CIS is diagnosed if patients have:

The 2017 diagnostic guidelines update allows CIS to be diagnosed as MS if there’s evidence of prior lesions, which may not have caused symptoms. This allows for earlier diagnosis and treatment, which may delay the onset of full-blown MS.

Relapsing-remitting MS is the most common type. About 80%–85% of MS cases are initially diagnosed as RRMS.

Some people with RRMS will eventually transition to this more severe type. Secondary progressive MS gets progressively worse, regardless of remissions.

Some people with SPMS continue to have relapses and remissions, but not all do. And the remissions tend to include more symptoms than in RRMS.

If RRMS isn’t treated, about 50% of the time it’ll progress to SPMS within a decade.

Compared with White people, Black people with MS appear to have a more severe disease course and lab results that reveal a worse prognosis. Health disparities for other conditions have been linked to systemic racism in healthcare that harms Black patient health. Researchers have called for further investigation into MS health disparities to help guide treatment and meet the specific needs Black patients may have.

Other Types of MS

Some forms of MS are rare, and some are even controversial. They include:

CIS is often a pre-MS diagnosis. It can be diagnosed after just one episode. RRMS is the most common type and includes symptoms that come and go. It sometimes transitions to SPMS, which is steadily more disabling and may include milder relapses. PPMS is steadily disabling from the beginning. Other types of MS are rare or controversial.

MS is an unpredictable disease. No one can say for sure how severe one's symptoms will become or how quickly the disease will progress.

As MS progresses, healthcare providers may talk about where a patient falls on the Expanded Disability Status Scale (EDSS). The EDSS goes from 0 to 10 in 0.5-unit increments. Higher numbers mean greater disability. A score of 10 means the person died from MS.

The functional systems include:

With modern diagnostics and treatments, most people never reach the higher scores. In one large study, 51% of people scored 5 or lower, and 88% had a score of 7 or lower.

To put that in perspective:

Only 12% of people with MS progress beyond this to the point of needing to be pushed in a wheelchair; being confined to bed; being totally dependent on others for care; or dying from MS. Advancements in treatments and diagnostics will likely keep more people out of the higher numbers in the future.

The progression of MS is unpredictable. The Expanded Disability Status Scale is used to rate levels of disability. Thanks to modern treatments, most people never reach the highest levels.

Outlook by Type of MS

If a patient has CIS, one of three things can happen:

A 2018 study using a model to simulate the course of CIS looked at rates of transition from one stage to the next in 10-year increments. At 10 years post-CIS diagnosis:

RRMS is most often diagnosed in people between 20 and 40 years old. The transition to SPMS generally happens at least 10 years after diagnosis.

The most common symptoms of RRMS include:

RRMS is less likely than progressive forms to cause problems with walking.

According to a 2017 study, the life expectancy of someone with RRMS is between six and seven years shorter than that of the general population. However, that number may shrink due to newer treatments and improved diagnostics.

Once patients have progressed to SPMS, they may or may not continue to have relapses. In people who don’t, it’s because the disease process changes. Instead of being primarily driven by inflammation, as RRMS is, it becomes more about progressive nerve damage.

About 50% of people diagnosed with RRMS transitioned to SPMS in the first 10 years. That number jumped to 90% in 25 years. Many experts believe newer medications will help lower those numbers, but it’s too soon to tell.

More than two-thirds of people with SPMS retain the ability to walk. But some may need an assistive device like a cane or walker.

Recent studies haven’t looked at the life expectancy for people with SPMS. Most sources estimate it at between seven and 14 years less than the general population.

Symptoms of PPMS tend to be associated with movement more often than the other types. This is because of progressive degeneration of the spinal cord, also called progressive myelopathy.

Factors that can suggest someone may have a faster disease progression include:

Patient outlook depends on what type of MS they have. Most cases of CIS eventually progress to RRMS and possibly SPMS. RRMS generally transitions to SPMS after at least a decade. About two-thirds of people with SPMS retain the ability to walk, some with mobility aids. PPMS involves more spinal cord degeneration and movement problems.

The four main types of MS are clinically isolated syndrome, relapsing-remitting MS, secondary progressive MS, and primary progressive MS. Diagnosis requires two lesions of different ages and in different parts of the central nervous system and ruling out other possible causes of symptoms.

Progression depends on type and many other factors. It's measured with the Expanded Disability Status Scale. Most people never get beyond a 7 on this 0–10 scale. Patient outlook also depends on type, age of onset, early symptoms and severities, and the number of brain lesions at diagnosis.

No two cases of MS are alike, but certain commonalities exist that help guide healthcare providers when it comes to treatment decisions.

Once a patient has a diagnosis and knows which type of MS they have, it’s time to start looking at treatment options. Many more are available now compared to just a few years ago, so the outlook for people with this condition is improving all the time.

22 Sources
Verywell Health uses only high-quality sources, including peer-reviewed studies, to support the facts within our articles. Read our editorial process to learn more about how we fact-check and keep our content accurate, reliable, and trustworthy.
Additional Reading 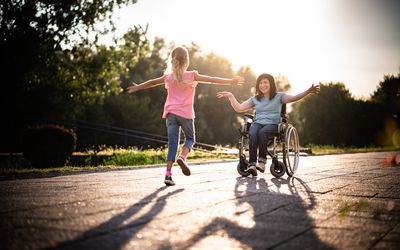 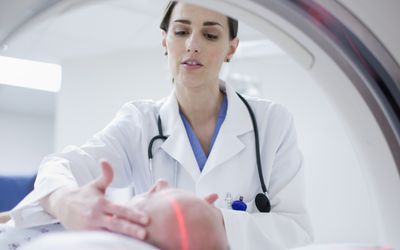 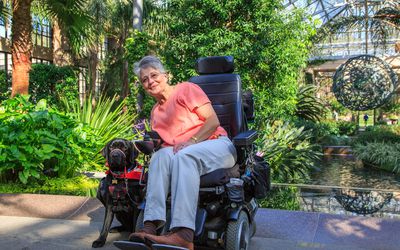 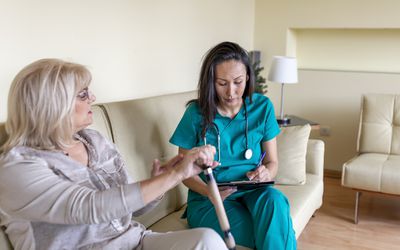 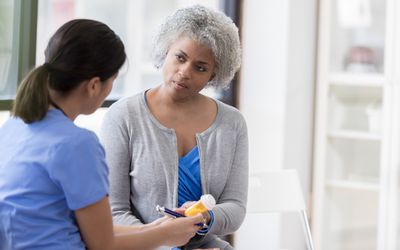 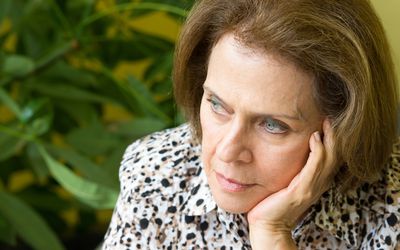