A large observational study of older adults with type 2 diabetes shows a possible link between the use of an older class of oral diabetes medications and a reduced risk of dementia.

The study, published in BMJ Open Diabetes Research and Care, is far from the first to look at diabetes and the brain.

Previous research has suggested that diabetes could affect the brain in similar ways as cognitive disorders. Other studies have found that having diabetes may increase a person’s risk of developing Alzheimer’s or dementia.

Given the potential relationship between these conditions, researchers are wondering if any of the treatments already used for diabetes could also help delay—or even prevent—dementia.

Is "Type 3 Diabetes" the Same as Alzheimer's?

Thiazolidinediones (TZDs)—also called glitazones—are a class of medication commonly used to treat type 2 diabetes. Could they also affect a person’s risk for dementia?

To find out, researchers at the University of California, Los Angeles, the University of Arizona in Tucson and Phoenix, and the Phoenix VA Health Care System looked at data from the electronic medical records of nearly 560,000 veterans aged 60 and over with type 2 diabetes who were being treated with medication.

After analyzing the records, the researchers found that at least one year of treatment with either of two TZDs—Avandia (rosiglitazone) and Actos (pioglitazone)—was linked to significant reductions in dementia, including:

The researchers also noted that when patients were using metformin and a TZD together, the risk of dementia was reduced by 11% as well.

Patients under the age of 75 appeared to benefit more from a TZD drug than older adults, and TZDs also seemed to be more protective against dementia in people who were overweight or obese.

On the other hand, the researchers found that another class of oral diabetes drugs—sulfonylureas—was associated with a 12% increase in dementia risk compared to treatment with only metformin.

How Is Type 2 Diabetes Treated?

Previous research has shown that medications used to treat diabetes might be associated with a lower risk of dementia, but the findings have not been consistent. Studies have also linked high blood sugar levels (common in people with diabetes) to Alzheimer’s disease.

One thing that researchers are trying to determine is whether diabetes drugs could potentially slow or even prevent the onset of dementia.

While researchers set out to find answers to that question, the recent study was observational—meaning it looked at data collected over time. The findings showed an association between the use of TZDs and dementia, but that does not mean that there is a direct connection between them.

The study also did not determine if taking the drugs would reduce the risk of dementia in people who do not have diabetes.

According to Edelmayer, Black people are twice as likely to develop Alzheimer’s than White people, and Hispanic people are 1.5 times more likely. These groups are also at a higher risk of having diabetes and cardiovascular conditions.

Edelmayer, who was not involved in the recent study, said that because the researchers did not do a randomized controlled intervention, we can’t know if the drugs that patients are taking because they have diabetes are “truly decreasing their risk” for dementia.

There is a lot of research being conducted on whether the drugs to treat diabetes could be repurposed to decrease the risk of developing dementia. However, Edelmayer said that “would be a leap too far to make based on the research knowledge that we have today.”

“Prevention of diabetes should be encouraged to preserve brain health,” said Edelmayer. “It sits in line with our understanding of what’s going to be good for your heart and your brain.”

The study’s authors said their findings could help providers decide which medications to use to treat older patients with type 2 diabetes who are at a higher risk for dementia, but there are many factors that affect a provider’s choice of treatment.

Researchers are still trying to find out if there’s a meaningful connection between some drugs used to treat diabetes and a lower risk of dementia. If you have diabetes and are worried about your risk for dementia, talk to your provider about your treatment. 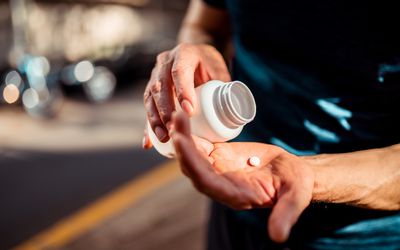