The exact causes of ulcerative colitis (the inflammatory bowel diseases, IBD) is not known, but there are several theories. Ultimately, scientists believe that there is more than one cause and that the several different factors work together to cause the disease.﻿﻿

Further, the cause for one particular individual with the disease could be different from another’s. Factors thought to cause ulcerative colitis include a complex interaction of genetics, immune response, and environmental triggers.

Although ulcerative colitis is known to “run in families,” researchers note that it was not as simple as being passed down from parent to child. More than 100 genes have been identified as having a potential role.﻿﻿ However, most people do not have a family member who also has the disease—only about 10 to 20 percent of those who have ulcerative colitis also have a close relative who has a form of IBD.﻿﻿

The most important risk factor currently identified for developing IBD is having a relative who also has the disease. Yet having the genes that are associated with ulcerative colitis does not always mean a person will develop the disease. There’s another piece to the puzzle, and researchers think that this is where a variety of other potential triggers come into play.

Another factor thought to be a part of the development of IBD is an immune reaction. For this reason, ulcerative colitis is currently thought to be an autoimmune, or an immune-mediated, condition.

The idea is that the immune system is triggered by something (a bacteria or a virus are some of the examples) and it begins working as it should to protect the body from a foreign invader. Something goes wrong, however, and the immune system doesn’t stop there but continues to target other parts of the body.

In the case of ulcerative colitis, that is the large intestine. This is the theory behind medications that suppress the immune system and why they are effective in some cases of IBD; when the immune response is lowered, the disease becomes less active.﻿﻿

Genetics and the immune system response may not be enough to explain the development of ulcerative colitis. There may be one or more conditions in the environment, too.

It’s not currently known how or if triggers work together or interact with the other potential causes of ulcerative colitis, but it is thought that more than one is probably involved. A few potential candidates include:﻿﻿

Ulcerative colitis is sometimes called a “disease of non-smokers.” The disease is more common among those who have quit smoking. It’s not recommended that people begin smoking cigarettes or go back to smoking after being diagnosed with ulcerative colitis. The effect that smoking has on the body far outweighs any possible benefit it might have for ulcerative colitis.

This type of pain medication is often used with care in people with ulcerative colitis because it has been shown to be associated with flare-ups of the disease. Even in people who don’t have ulcerative colitis, NSAIDs has the potential to cause irritation and bleeding in the digestive tract.

Antibiotics have been shown to precipitate flare-ups of the disease for some people. Some research has shown that antibiotics, especially when taken for a long period (such as 30 days) of time or used in young people, is associated with a higher risk of developing a form of IBD.﻿﻿

It’s not known if the use of the contraceptive pill (birth control pill) may be a risk factor for developing ulcerative colitis, as the evidence is conflicting. There is more evidence that there is an association with Crohn’s disease.

Ulcerative colitis tends to occur in people who live in northern climates and in cities. However, the rate at which IBD is being diagnosed is increasing around the world, particularly in areas that are becoming more developed.

There are many misconceptions about what can cause ulcerative colitis, especially because some early research pointed at stress, mental illness, and diet as being potential triggers.

It’s now known, however, that ulcerative colitis is not caused by having stress or from eating the wrong food.

Stress and diet can certainly impact the symptoms of ulcerative colitis, and diet alterations and stress reduction can be treatments, but they are not causes.

How Ulcerative Colitis Is Diagnosed
9 Sources
Verywell Health uses only high-quality sources, including peer-reviewed studies, to support the facts within our articles. Read our editorial process to learn more about how we fact-check and keep our content accurate, reliable, and trustworthy. 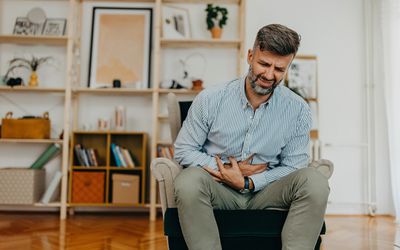 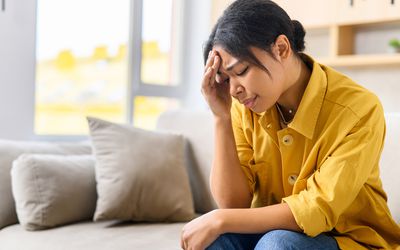