What the prostate test tells us and doesn't tells us

Matthew Schmitz, MD
Matthew Schmitz, MD, is a professional radiologist who has worked extensively with prostate cancer patients and their families.
Learn about our editorial process
Medically reviewed by Douglas A. Nelson, MD

The prostate-specific antigen (PSA) test is routinely used to screen for prostate cancer.

PSA is a specialized protein naturally produced by the prostate gland. If there is any abnormality or infection of the gland, the resulting inflammation will trigger the release of additional PSA. This protein is also produced by prostate cancer cells—the more cancer cells, the higher the PSA level.

Prostate cancer is just one of the conditions the PSA test can help diagnose. While a high PSA may be suggestive of a malignancy, the test alone cannot offer a diagnosis. Other lab tests and evaluations would be needed.

Noncancerous Causes of a High PSA

The PSA test was originally approved by the U.S. Food and Drug Administration in 1986 to monitor the progression of prostate cancer in men diagnosed with the disease. By 1994, it was clear that the test also had value in detecting prostatic inflammation in otherwise symptom-free men.

While prostate cancer is the main focus reason for this test, other noncancerous conditions can also cause the PSA to rise. The most common of these is prostatitis (inflammation of the prostate gland).

Prostatitis is, in fact, the most common cause of prostate problems in men under 50 and can take several forms:

Another cause for elevated PSA levels is benign prostatic hyperplasia (BPH), a condition by which the gland itself becomes enlarged. BPH is primarily seen in older men and may cause uncomfortable urinary symptoms, including the impairment of the urinary flow. While it isn't entirely clear what causes BPH, many believe it to be related to changes in sex hormones as men get older.

BPH is neither cancerous nor indicative of cancer. However, it is important to get a diagnosis and treatment for this condition because it can lead to complications such as urinary tract infections (UTIs), bladder stones, bladder damage, and kidney damage.

An Overview of Enlarged Prostate

In the past, doctors typically considered PSA levels of 4.0 or below to be normal. If levels were above 4.0, doctors would consider that to be a red flag for cancer and order a biopsy.

In recent years, however, doctors have come to understand that there is no real "normal" PSA value. In fact, men with a low PSA can have prostate cancer, while those with PSAs well above 4.0 could be entirely cancer-free.

As such, current guidelines recommend the use of both a PSA and digital rectal exam (DRE) as part of voluntary prostate cancer screening. The DRE is a physical exam in which a finger is inserted into the rectum to evaluate the size and consistency of the gland. It is performed irrespective of PSA values and can be useful in detecting abnormalities.

The PSA test and DRE are recommended in men over 50 as well as those between the ages of 40 and 49 whose brother or father has had prostate cancer. Specific screening recommendations also differ based on other risk factors, such as race and personal history of other cancers.

Based on the results of the tests, the following would typically occur:

How Prostate Cancer Is Diagnosed
7 Sources
Verywell Health uses only high-quality sources, including peer-reviewed studies, to support the facts within our articles. Read our editorial process to learn more about how we fact-check and keep our content accurate, reliable, and trustworthy.
Additional Reading 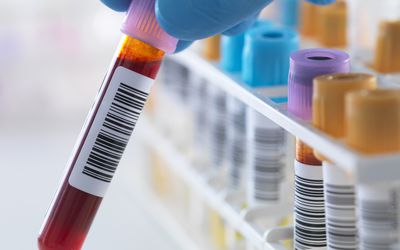 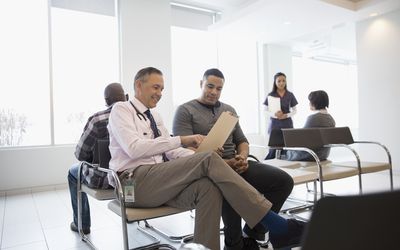 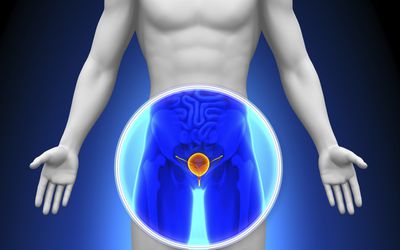 Why Early Prostate Cancer Is Symptom-Free 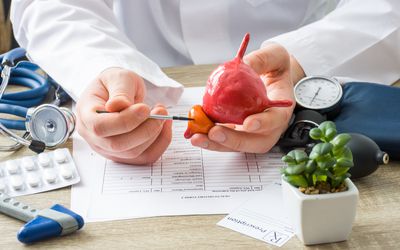