The U.S. Preventive Services Task Force (USPSTF) has decided there is currently not enough evidence to recommend for or against routine visual skin cancer screening in adolescents and adults with the goal of finding skin cancers early.

The updated statement, published online as a draft recommendation on October 25, reiterates the same conclusion the Task Force reached the last time the issue was addressed in 2016.

The recommendation specifically applies to people who do not have:

With this news in mind, if you have the opportunity to get a preventive skin check, should you take it, regardless of your risk? Here’s how the Task Force made the recommendation and how it applies to you.

What Are the Most Common Symptoms of Skin Cancer?

In a statement, USPSTF member Katrina Donahue, MD, MPH, said that the Task Force looked for any new evidence regarding the effectiveness of primary care professionals screening for skin cancer.

“Unfortunately, there is not enough evidence to know whether or not screening adolescents and adults without symptoms reduces complications or death,” Donahue said. As a result, the Task Force is calling for more research.

To make the latest update, the Task Force reviewed over 20,000 abstracts and over 500 articles to determine the potential benefits and harms of primary care providers screening patients with no symptoms (asymptomatic) for skin cancer.

There was no direct evidence suggesting that screening asymptomatic individuals at a routine checkup saves lives.

In the absence of evidence, the USPSTF is encouraging healthcare providers to use their best judgment when deciding whether or not to screen individual patients.

Are There Different Types of Skin Cancer?

Will the Draft Recommendation Become Official?

J. Wes Ulm, MD, PhD, an analyst and bioinformatics expert at the National Institutes of Health, told Verywell that a draft recommendation becomes official after a period of public commentary.

“This is done to open up the discussion to a broader group of experts and to the public at large, to solicit concerns and ideas beyond what the expert panel itself might provide,” said Ulm. “Once that period has elapsed and public comments and modifications are incorporated, the draft becomes official.”

Any comments on the draft evidence review and recommendation statement can be submitted online from October 25 to November 21, 2022. It generally takes a month of public review for a draft to become official.

Ulm noted the USPSTF is an independent body of subject matter experts. The Task Force is not affiliated with the U.S. Food and Drug Administration (FDA), other U.S. government agencies, or any specific hospital or medical center.

What Will an Official Recommendation Mean for Patients?

According to Ulm, if the draft becomes official, clinicians, other healthcare providers, and patients will continue to follow the “status quo” of current recommendations.

For example, people who have certain risk factors—including extensive sun exposure, a family or personal history of skin cancer, a predisposition to blistering sunburns, or a large number of moles on the body—should keep screening themselves and get screened with their provider.

“General skin cancer screening will not be undertaken for asymptomatic adults and adolescents,” said Ulm. “Clinics and health care centers will not offer it, nor will health insurance, as a rule, cover it.”

Ulm said that skin screenings and full body screens would still be available to patients with higher risk; the recommendation advises against asymptomatic screening for all patients regardless of their risk factors.

Other health experts say that an official recommendation won’t have much of an effect on providers or patients because the recommendation is listed as a grade I statement. That means that the current evidence is not enough to determine the benefits or harms of skin cancer screening.

How to Tell If You're at Risk for Skin Cancer

What If New Evidence Comes Up?

If the Task Force decided that there was enough evidence to recommend skin cancer screening in certain groups, there would still be a question of who will pay for those screenings.

Ulm said that health insurance coverage for skin cancer screening would need to be agreed on. Once that happens, insurers can honor or cover screenings based on the medical expertise of the concern at hand.

“Such a pronouncement by the USPSTF—if made in an official promulgation—would likely be followed by an adjustment and updating of guidelines from relevant medical societies, likely starting with the state boarding organizations for American dermatologists.” Ulm said.

In addition, updated screening recommendations would then need to be adopted as a basis for recommendation coverage by private insurers, Medicare, and Medicaid.

Should You Get Screened Anyway?

Darrell Rigel, MD, a clinical professor of dermatology at the Mount Sinai Icahn School of Medicine, told Verywell that despite what the official recommendations might end up being, skin cancer screenings can have some benefits.

For instance, the earlier a patient can detect skin cancer from a screening, the better outcomes the patient will have in terms of treatment options and even survival.

“There’s no question that detecting skin cancer early makes a difference,” said Rigel. “[For example], melanoma is the most clear-cut case of cancer. If you catch it early and treat it early, it’s not that big a deal. But once it spreads, you’re basically gone. So, early detection is critical.”

Your risk helps your provider determine how often you should get screened for skin cancer, too.

“If you’re in that high-risk group, get checked once a year,” said Rigel. “If you’re in a lower risk group, maybe you’ve never had skin cancer, you’re a darker skinned individual or you haven’t had a lot of sun exposure, you don’t have to get checked every year—but you still want to be aware.”

If you aren’t sure if you need a skin cancer screening, talk to your provider. They can go over your risk factors with you and help you decide if you should—and when to—get screened.

Free Skin Cancer Screenings and How to Do a Self Exam
2 Sources
Verywell Health uses only high-quality sources, including peer-reviewed studies, to support the facts within our articles. Read our editorial process to learn more about how we fact-check and keep our content accurate, reliable, and trustworthy. 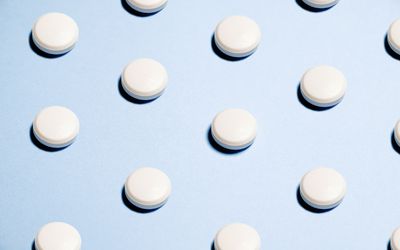 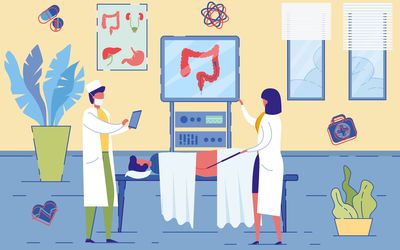 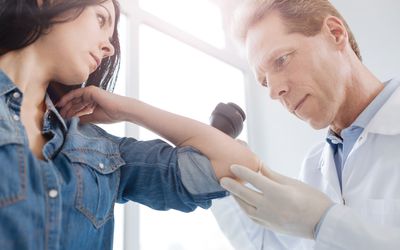 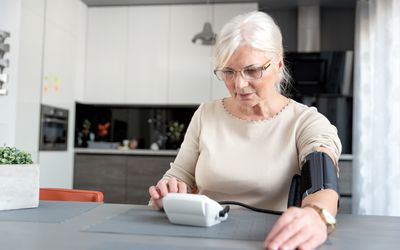 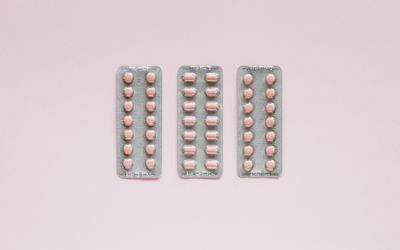