The COVID-19 pandemic has brought more awareness to the challenge of vaccine hesitancy, and the heightened focus has amplified what public health officials and physicians have long known: There are gaps in vaccination for preventable diseases. These gaps are being driven by certain factors, including race and income level.

A new study published in the American Journal of Preventative Medicine shows that while vaccine adherence is increasing among adults, there are still significant gaps that can be linked back to four factors: socioeconomic status (SES), health insurance, education level, and race/ethnicity.

What the Study Looked At

The study included self-reported responses from 31,539 adults over the age of 18 in the United States as part of the National Health Interview Survey (NHIS).

The participants in the study reported whether they had received yearly influenza vaccines, as well as their tetanus, diphtheria, and acellular pertussis (Tdap) vaccine, from 2010 to 2019. Adults over the age of 65 also reported whether they got the pneumococcal and shingles (zoster) vaccines.

The over-65 demographic was 30% more likely than younger people to get the flu vaccine, regardless of race, economic status, education level, or health insurance status.

When the researchers reviewed the data, there were disparities between demographic groups in all categories.

With the implementation of the Affordable Care Act (ACA)—which reduced or eliminated costs for many vaccines—public health officials had hoped to see vaccine adherence increase. While the numbers do show that it has overall, low-income individuals and racial and ethnic minorities still fall behind in vaccination rates even with increased health insurance coverage.

What Is the ACA?

Cost is a well-known barrier to receiving medical care. The study based socioeconomic status on the federal poverty level—which is currently $25,750 per year for a family of four. Unsurprisingly, as income went up, vaccination rates did as well.

The study also showed that throughout the study (2010 to 2019), socioeconomic factors seemed to be less influential, which the researchers attribute to the implementation of the ACA in 2014.

A person's actual income level definitely plays a role in their ability to access vaccines, but their perceived income level might also be a factor.

In the recent study, the researchers noted that some primary care physicians were hesitant to recommend vaccines that might not be covered under Medicare Part B if they perceived a patient as having financial hardship.

What's the Difference Between Medicaid and Obamacare?

One hope for the ACA was that it would lead to better access to and acceptance of vaccines, and it may have had an impact: The study found that adults under the age of 65 who did not have health insurance were half as likely to get a flu shot or Tdap vaccine than people who were covered by private insurance.

The gap was smaller within the category of insured people. For example, there was only a 5% difference in flu vaccination rates between people on Medicaid or public insurance compared to people who were privately insured. For the Tdap vaccine, there was a 10% gap.

The more significant disparities were again seen in the over 65 age group. Some vaccines, such as the Tdap and shingles shots, are only covered by Medicare Part D, which incurs additional costs. This may have made people more likely to skip these shots.

7 Health Insurance Concepts Everyone Should Know

On the other hand, the rates for flu and pneumococcal vaccines were higher in this age group, likely because these shots are covered under Medicare Part B.

Patients with Medicare Advantage—which includes Part D—had higher rates for all vaccinations and the rates only varied slightly compared to people with private insurance. The uninsured lagged far behind, with a nearly 45% gap in flu vaccination rates compared to privately insured people.

While proving that there are disparities that must be addressed, the study did show that vaccination rates are increasing overall.

Researchers theorize that the increase could be because of the ACA because all private insurance companies covered vaccines without cost-sharing. It could also be a result of increased access to vaccines through local pharmacies or retailers.

What Are Health Disparities and Why Do They Matter?

The rates of vaccination by race and ethnicity also showed disparities, many of which are already well-documented.

It's Time to Stop Focusing on Vaccine Hesitancy in Black Communities

Within the over-65 group, White people were more likely to get vaccinated for all possible diseases or infections.

Although there was some variation in flu vaccination rates, the largest disparity between races or ethnicities in people over the age of 65 was in the pneumococcal and shingles vaccines.

While the recommendations were reportedly the same for all racial and ethnic groups, physician trust is historically lower for Black and Hispanic communities. Perceived access can also be a barrier, as these groups were observed to be less likely to go to a non-medical office (such as a pharmacy) to get a vaccine, making access more complex and potentially costly.

How Doctors Are Encouraging COVID-19 Vaccination in Communities of Color
2 Sources
Verywell Health uses only high-quality sources, including peer-reviewed studies, to support the facts within our articles. Read our editorial process to learn more about how we fact-check and keep our content accurate, reliable, and trustworthy. 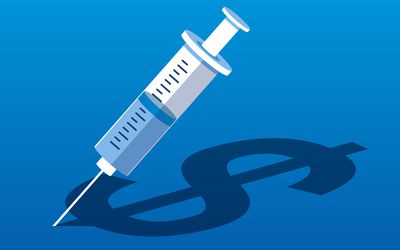