Vaginal bleeding is a normal part of menstruation. Vaginal bleeding that occurs between periods or in those who do not menstruate is considered abnormal and requires evaluation by a healthcare provider.

This article will provide an overview of the common causes of vaginal bleeding and how to treat them.

Most menstrual cycles last between 24 and 34 days, and bleeding typically lasts between four and seven days.

Symptoms of abnormal vaginal bleeding include:

There are many causes of abnormal vaginal bleeding, including hormonal, reproductive, pregnancy, and more.

A condition like polycystic ovary syndrome (PCOS) can lead to a lack of ovulation. When this occurs, you may experience heavy menstrual bleeding each month.

Uterine fibroids and polyps are noncancerous growths that form in the uterus. They can both cause irregular or heavy menstrual bleeding.

Endometriosis occurs when endometrial tissue grows outside the uterus, often leading to heavy menstrual bleeding. Vaginal bleeding may also be a sign that an ovarian cyst has burst. Endometriosis hyperplasia, an abnormality of the lining of your uterus caused by a hormonal imbalance, may lead to abnormal uterine bleeding.

Vaginal bleeding during pregnancy requires immediate evaluation. Light spotting in the first trimester is usually considered normal. Any bleeding in the second or third trimester could signify a serious complication.

Other reproductive issues that may lead to vaginal bleeding include ectopic pregnancy (when a fertilized egg implants outside the uterus) and miscarriage (losing a pregnancy before 20 weeks of gestation).

Bleeding disorders may cause vaginal bleeding. When your blood does not clot properly, you may experience heavy menstrual bleeding. Hypothyroidism can lead to a lack of ovulation, causing heavy bleeding during your period. Additional health conditions that may lead to vaginal bleeding include diabetes and infection.

Vaginal bleeding is one of the earliest signs of uterine cancer. Abnormal bleeding can also occur with cervical cancer and ovarian cancer.

If you have experienced new-onset vaginal bleeding, especially after menopause, it’s important to see your healthcare provider immediately.

What Medications Can Cause Vaginal Bleeding?

Medications that may cause vaginal bleeding include:

How to Treat Vaginal Bleeding

To treat vaginal bleeding, it’s important to focus on the underlying cause of the bleeding. Treatment options may include:

If treatment is unsuccessful, surgical options may be considered:

Are There Tests to Diagnose the Cause of Vaginal Bleeding?

To determine what might be causing your vaginal bleeding, your healthcare provider may recommend or perform one of these tests:

See your healthcare provider if you could be pregnant or if you develop any of the following symptoms:

Vaginal bleeding is a normal part of menstruation. When vaginal bleeding occurs between periods or in those who do not menstruate, it’s important to tell your healthcare provider. Possible causes of vaginal bleeding include hormonal changes, pregnancy complications, chronic health conditions, and certain cancers. Treatment may consist of hormonal birth control methods, medications, or surgery. 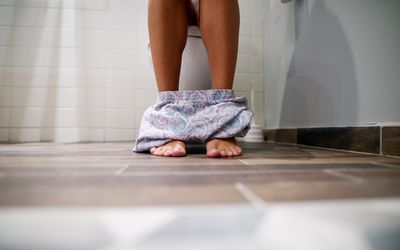