How Visual Tools Can Help People With Autism Learn and Thrive

While not every person with autism is, in fact, a visual learner, there is no question that visual aids, manipulatives, picture cards, video models, and related tools can be very helpful to people with autism. What’s more, most such tools are relatively easy to find and/or make and are quite inexpensive.

History of Visual Thinking in Autism

The idea that people with autism are visual thinkers became more widely known due to the writings of Temple Grandin, a prominent engineer and a self-advocate with autism. When Grandin’s book Thinking in Pictures came out in 1995, it had a significant impact on how professionals thought about autism and learning.

Grandin explained that she “thinks in pictures” rather than in words. This makes certain tasks, such as conversation, more difficult—but makes other tasks, such as engineering, significantly easier.

In the 1960s, educational theorist Howard Gardner came out with his theory of multiple intelligences; among the 12 types of intelligence, he listed visual/spatial intelligence.

Visual/spatial intelligence refers to spatial judgment and the ability to visualize with the mind’s eye. We use visual intelligence when we navigate space, put together puzzles, memorize maps, and envision the layout of a room.

Why Visual Teaching Tools Are Effective

There are excellent reasons, however, for using visuals as teaching tools and signposts for learners with autism. The same is true of videos, hands-on manipulatives, and teaching tools. Here’s why.

This is one reason why even students with strong language skills may find it difficult or impossible to function effectively in a typical classroom without support.

Visuals make it easier for students and adults with autism to understand what’s being said or taught without having to make sense of spoken words rapidly. Visual tools can also allow those with very restricted language skills to communicate with others.

People with autism are usually quite literal in their thinking. In some cases, this can make abstract concepts very difficult to understand. Even words like up, down, under, and over can be difficult, as can phrases like “on the right” or “next week.” Visuals can make all of these concepts instantly understandable.

People with autism generally prefer routines as opposed to spontaneous changes in schedules. Most schools and workplaces are routinized, but the routines may not be obvious. For example, gym class may occur on Tuesdays at 9:00 and Thursdays at 2:00. Visual schedules can make routines easier to predict and follow.

Few people with autism are good at imitating the behaviors of those around them. As a result, they may not be aware of “unwritten rules” or behavioral expectations in their various environments. Visual tools ranging from social stories to graphics can help communicate important information like “be quiet in the hallways,” “sit down when you come in,” and so forth.

Certain executive functioning skills, like telling and using time and organizing school materials, can be exceptionally difficult for people with autism. Visual tools, such as visual timers and color coding, can make all the difference.

Visual learners also include many people who don’t have autism. When a teacher, employer, or community entity employs visual tools, they’re making life easier for all visual learners. Some visual tools are quite pricey. The vast majority, however, are either low cost or free.

Visual thinking tools are increasingly easy to find online and in the form of software. Interactive maps, “mind mapping” tools, and information visualization tools are all part of the landscape. This makes it easier to “normalize” their use for people on the autism spectrum.

In their simplest forms, visual schedules are boards onto which pictograms can be attached. Typically, the pictograms indicate specific activities such as lunch, recess, bus, etc. Schedules may or may not include specific times. Many teachers, even those who don’t teach children with autism, use visual schedules to help young learners orient themselves to the day’s plan.

For people with autism with higher-level skills, there are a plethora of visual scheduling tools. Most are designed for project managers, but teachers or employers can use them. Visual schedules include calendars, timelines, and timetables. There are also interactive and digital time-management skills, from online interactive calendars to online Gantt charts.

Social stories are tools that provide visual information about a range of topics such as expected behavior, a planned event, coping with feelings, and more. Created by therapist Carol Gray, they generally include photographs and simple language to explain, preview, or prescribe behavior.

Examples include social stories to use before visiting the dentist, getting a haircut, taking the bus, or visiting a relative. They can also be used to prepare a child to interact in unstructured settings such as playgrounds.

The concept of time, especially elapsed time, can be very difficult for many people on the autism spectrum. Even people who can use schedules and calendars may find it challenging to “feel” the passage of 10 minutes or really comprehend what’s meant by “you have an hour to finish that.”

Visual timers can be great tools for helping both children and adults observe and respond to the passage of time. The simplest such tools, of course, are hourglasses, which are available in many different sizes to keep track of different stretches of time.

Another option is the “Time Timer,” a simple battery-operated device which makes it easy to see the passage of time within a one-hour span.

Picture cards were first used for children with autism to substitute for spoken language. Simple pictograms allowed children to respond to questions or request items without having spoken words. Over time, visual communication evolved into digital tools such as Dynovox, a pricey but very useful device with a large collection of digital images to choose from.

Today, while it is still possible (and in some cases desirable) to use physical cards, most nonverbal individuals use iPad apps such as Boardmaker which are relatively inexpensive and extremely versatile.

Like static images, videos can communicate concepts where words may be ineffective. Many young children with autism begin to learn language from television and movies, as well as echo phrases. In many cases, they learn to use those phrases appropriately before proceeding to more typical speech patterns.

Many people with autism also learn content better when presented visually than when presented verbally, so educational videos can be effective teaching tools for students and employees on the autism spectrum. Some great advantages to using video as a teaching tool include:

Video modeling is usually used to teach expected or preferred behaviors and social skills. There are two forms of video modeling. One literally models desired behaviors or skills using actors, and the other involves recording the person with autism so that they can watch and evaluate their own behaviors.

The value of video modeling is, in part, the ability to show rather than tell about key social expectations such as the recognition of facial expressions and body language. For example:

Video previews are similar to static social stories. They provide a literal preview of exactly what a person with autism will be experiencing in a new place or situation. Many community organizations, such as museums and zoos, use video previews to help school groups prepare for visits.

These provide visitors (including those with autism) with a very good sense of what will happen when they arrive and what to expect during the visit. This reduces anxiety, which in turn makes it easier for visitors to engage, learn, and enjoy their visit.

Visual thinking tools are among the most effective, least expensive resources available for people with autism, and they are absolutely risk free. If you believe you or your child could benefit from their use, there is nothing to lose and everything to gain from doing so.

Even better, most of the visual tools now available are used by many peers who don’t have autism, making visual thinking tools unobtrusive as well as useful. 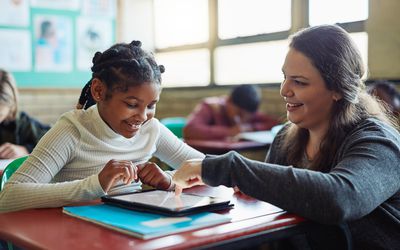 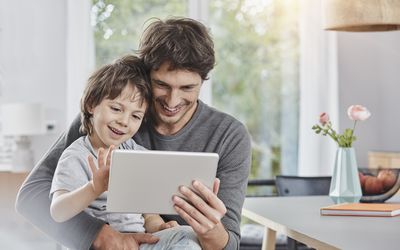 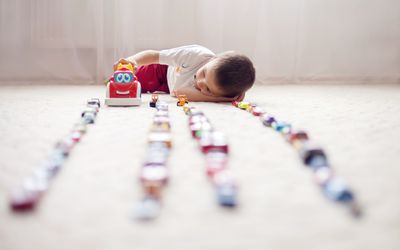 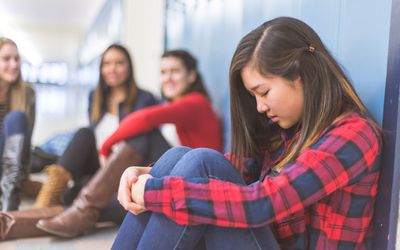 The Importance of Social Skills Therapy for Autism 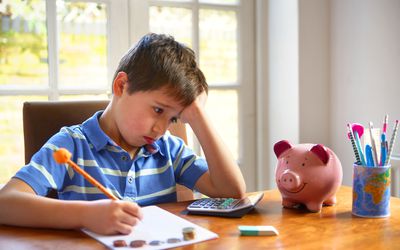 What Is Nonverbal Learning Disorder?