Everything You Need to Know About Waking Up With a Migraine

Dehydration, poor sleep, and stress are some of the many reasons why you could be waking up in the morning with a migraine. Read about the causes and symptoms of migraines, and, importantly, how to prevent and treat them.

The exact causes of migraines are still being researched, though it’s thought attacks are caused by waves of hyperactivity in certain brain cells. This overstimulation releases serotonin and estrogen, two important hormones, causing blood vessels to constrict and leading to headache.

There are several risk factors for developing migraine:

Migraine attacks are often associated with triggers, such as certain stimuli, foods, or other factors that bring on an attack. While triggers vary from person to person, the most common are:

Additional triggers may include:

Since there are so many possible migraine triggers, it’s important to keep a log of attacks and keep an eye on potential triggers. The more you understand about your own condition, the better off you’ll be.

Headaches occur for a variety of reasons and range in location, severity, and duration. Aside from migraine, there are several other headache types, including:

Though headaches are the principal sign of migraines, they cause a range of other symptoms. There’s a good deal of variation between cases as well. Migraine attacks progress in stages, each with distinct characteristics:

Recognize the Symptoms and Complications of a Migraine

Why Am I Waking Up with a Migraine?

There’s a close relationship between sleep and migraines. Disruptions in your natural sleep-wake cycle, or circadian rhythm, can trigger attacks, and, in turn, migraines can interrupt your sleep patterns. It’s little wonder that those with sleep disorders are more likely to experience this condition.

Disruptions in sleep due to several disorders can be at the root of your morning migraine, including:

Though they can happen at any time of day, migraines most commonly arise in the morning hours, between 4 a.m. and 8 a.m. What’s behind your morning migraine attack? Several factors may be at play.

If you haven’t had a good night’s sleep or there’s been a disruption to your usual pattern of rest, migraine can set in. Not getting enough sleep causes problems, as does not going to bed and waking up at consistent times. Too much sleep can also bring on headaches.

Some morning migraines occur because many over-the-counter (OTC) or prescribed migraine medications wear off within four to eight hours. Those that are using too much of a painkiller are prone to this kind of attack, also known as medical overuse headache (MOH).

A major key to migraine management is knowing your symptoms and being proactive about treating them. Since morning migraines can come on while you're still asleep, you may not be able to take medications in time.

Several other factors are known to play a role in morning attacks, including:

Since there’s no cure for migraine, managing this condition usually requires multiple prevention and treatment methods. It may require pharmaceuticals, lifestyle changes, managing other health conditions, and therapy. Since individual cases vary, you’ll need to figure out what methods work for you.

If you’re waking up to an attack, there are several ways of managing the pain and discomfort, such as:

Especially for difficult, chronic cases, treatment using devices, such as the Cefaly, that deliver electrical stimulation to nerves through the skin. Basically, this scrambles pain messaging as headaches arise, helping to ease the burden of attacks.

Especially for tough-to-manage, chronic migraine cases (characterized by 15 or more attacks a month), doctors may prescribe medications to prevent the onset of attacks. These abortive drugs include:

Another option for difficult, chronic migraines are Botox injections. Using a toxin made by the botulinum bacteria to essentially numb pain messaging, shots are delivered to specific areas on your forehead, sides, back of the head, and/or neck. The effects, however, only last about three months, so multiple appointments are necessary.

When migraines are known to be associated with the menstrual cycle, hormone therapy may be attempted.

There’s evidence that the traditional Chinese medical approach of acupuncture—the use of needles to stimulate nerves—can reduce the frequency and severity of migraines. Furthermore, acupressure, which involves putting pressure on specific areas of the body, may also help.

On top of that, some doctors or practitioners may recommend some herbs and supplements, including:

Since sleep disruptions and disorders can have such a big impact on migraines, a key aspect of preventing attacks is to ensure good sleep hygiene. According to the National Institutes of Health (NIH), this means:

Along with ensuring good sleep, other lifestyle changes and management methods involve:

It’s important to be vigilant if you have migraines or other headache disorders. Keep track of how you’re feeling and know when it’s time to call 911.

Get emergency help in the following cases:

In addition, the following cases may not constitute an emergency but warrant a call to the doctor:

Throbbing pain and other symptoms aren’t the greatest way to start your day, but they’re all too often the way many people get up. However, there are many things you can do to treat the attacks and prevent them. If you’re struggling with headaches or other symptoms, be sure to talk to your doctor about your options. 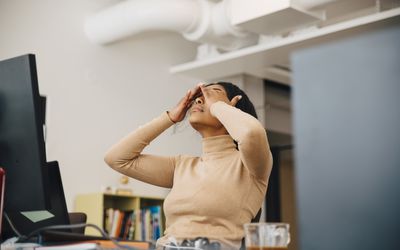 Migraine vs. Headache: An Overview of Their Differences, Similarities, and More 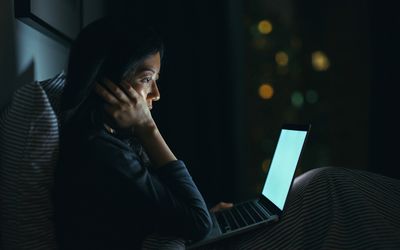 What to Do If You Get Headaches at Night 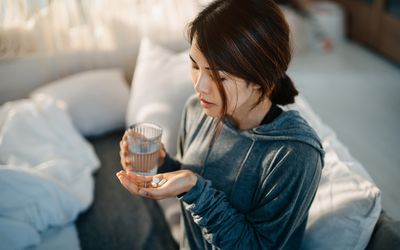 An Overview of Medicine to Use for Migraine Treatment 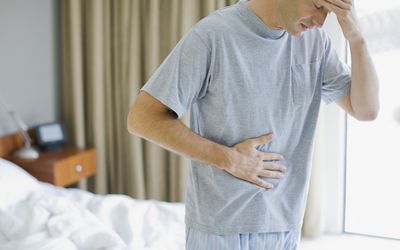 The Connection Between Migraine Headaches and Diarrhea 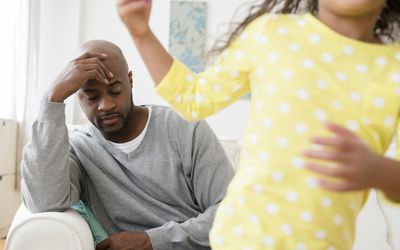 Can Anxiety Cause Headaches? 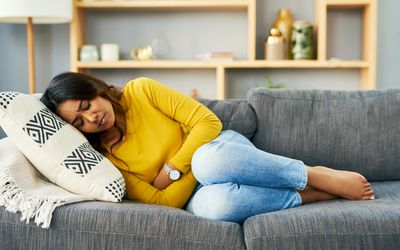 What Are Abdominal Migraines in Adults?