A basophil is a type of white blood cell that is a part of your immune system. They make up only around 1% or less of all white blood cells but are among the largest. The cells not only provide frontline defense against infection but are also involved in processes like inflammation and allergy.

This article details the structure and function of basophils as well as the diseases and conditions associated with high or low basophils.

What Do Basophils Do?

Basophils are a type of white blood cell, also known as a leukocyte. White blood cells play a role in the body's immune defense and protect the body against infectious diseases and foreign invaders.

Basophils are part of the innate immune system. This is the immunity you are born with as opposed to immunity you later develop after infection or vaccination.

As part of the innate immune system, basophils do not make you immune to an infection you have had in the past. They are simply among the frontline cells that attack any foreign agent that enters the body.

Basophils are most effective in protecting against bacteria and parasites, including parasites like ticks and worms.

Basophils help trigger inflammatory reactions. Inflammation is the body's natural response to anything that might cause it harm. It is the body's way of signaling the immune system to heal and repair damaged tissues as well as defend itself against foreign agents.

The granules inside the basophils contain histamine and heparin, among other things. Each has a different role:

A normal ABC is between 15 and 50 mm3. When the count is outside of this range, it is considered abnormal. These abnormalities are described as either basophilia (high basophils) or basopenia (low basophils):

There are a number of conditions that can cause your basophil counts to fall outside of the normal range.

Conditions that cause chronic inflammation are associated with basophilia. Some of these conditions include:

An allergy is an abnormal response by the immune system to a substance or event that is otherwise harmless. The histamine released by basophils is one of the main causes of allergy symptoms. When the body is exposed to an allergen (allergy-causing substance), basophils and related cells called mast cells will break open.

The release of histamine causes blood vessels to widen, which causes fluid to leak into surrounding tissues. This can lead to redness and swelling of the skin in the form of rash, hives, or angioedema as well as nasal symptoms and breathing problems as those tissues swell and become inflamed.

Histamine is also involved in itching. It does so by attaching to proteins called H1 receptors in the skin, triggering abnormal sensations in surrounding nerve fibers.

Both hypothyroidism and hyperthyroidism can affect your basophil levels.

When you have hypothyroidism, your body doesn't produce enough thyroid hormone. High basophils are associated with hypothyroidism.

Hyperthyroidism is a condition where your body produces too much thyroid hormone. When you have this condition, you may have low basophils.

Basophilia can also be a feature of certain types of cancers, such as leukemia and lymphoma. Accelerated chronic myeloid leukemia (CML) is often marked by very high basophil levels of 20% or more. People with Hodgkin's lymphoma may also have elevated basophils.

What Is the Role of Basophils in Asthma?

Basophils are a type of white blood cell called a granulocyte. As part of the innate immune system, basophils are one of the frontline defenders against diseases, including parasites. 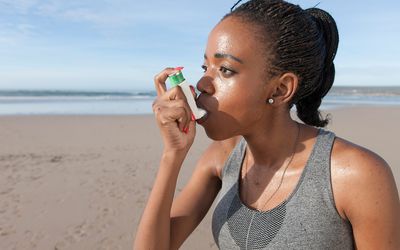 Basophils and Their Role in Asthma 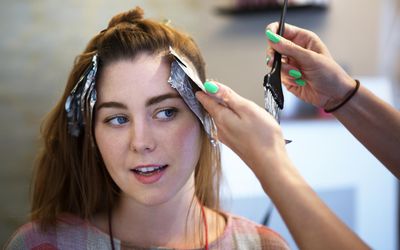 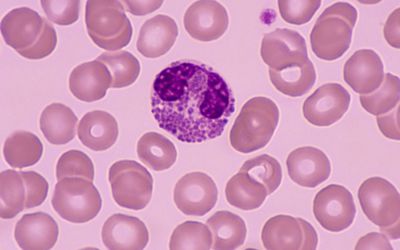 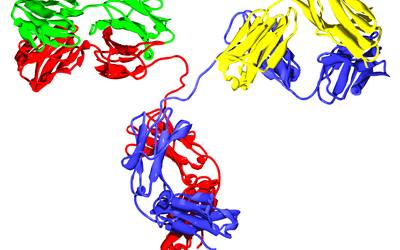 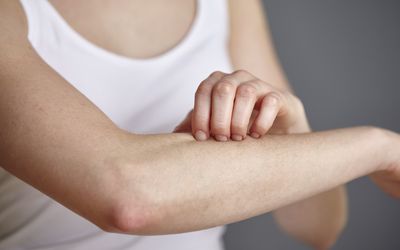 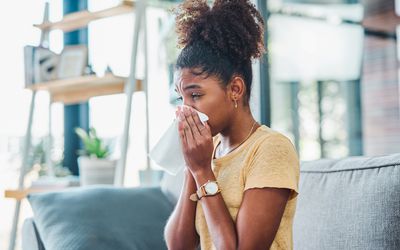