There are two types of lymphocytes, called T cells and B cells. Each type plays an important role in your immune system.

This article reviews five key facts about lymphocytes, including where they are found, what they look like, how the two types differ, how lymphocyte counts are measured, and how test results are interpreted.

Where Are Lymphocytes Found?

Like all blood cells, lymphocytes begin their life’s journey in the bone marrow. This is the spongy, soft tissue located in the center of your bones.

Once lymphocytes are formed, they travel to and perform various functions within the lymphatic system. The lymphatic system is an open network of vessels, organs, and tissues that work together to protect the body from foreign invaders, maintain body fluid levels, and remove cellular waste.

Lymphocytes travel throughout the lymphatic system in a fluid called lymph. Along the network of lymphatic vessels are clusters of small, bean-shaped organs called lymph nodes.

Lymph nodes are responsible for filtering lymph so that bacteria, viruses, parasites, fungi, and other invaders can be isolated and neutralized by lymphocytes. Lymph nodes contain the highest concentration of lymphocytes.

Besides your lymph nodes, lymphocytes are also found in lymphoid tissues and organs throughout the body, including your spleen, tonsils, and the lining of your airways.

There are two main kinds of lymphocytes, called B cells and T cells. They perform different functions in the immune system to protect your body from infection.

B cell lymphocytes are involved in adaptive, antibody-driven immunity.

Antibodies are proteins produced by the immune system that are specific to each foreign invader your body encounters. They "recognize" the invader by a protein on its surface, called an antigen. Antibody-driven immunity is a tailored response that can more effectively fight infection.

B cells don't kill foreign invaders themselves. Instead, they release antibodies that attach to the antigen of the invader. By doing so, it inactivates the invader and/or "tags" it for destruction by other immune cells.

B cells are produced in the bone marrow, where they mature and specialize into different types of B cells. They then travel to the spleen and lymph nodes to help fight infection.

There are two main types of B cells, each of which has a specific function:

T cell lymphocytes are mainly involved in adaptive, cell-mediated immunity. This is a type of immunity that does not involve antibodies but instead directly targets and/or kills foreign cells. In essence, it wages cell-to-cell combat.

T cells travel from your bone marrow to a small gland located behind the breastbone called the thymus. It is there that they begin to mature and specialize into different types of T cells.

Hematopoiesis: How All Blood Cells Are Formed

Lymphocytes are not visible to the naked eye. They can be seen when a drop of blood is smeared onto a slide, treated with the right stains, and placed under the lens of a microscope.

When examined under a microscope, lymphocytes will be bigger than red blood cells but fewer in number. Lymphocytes constitute around 20% and 40% of all white blood cells.

Lymphocytes are round and are almost entirely composed of a nucleus (the core of a cell that contains its genetic material in the form of DNA).

With the proper staining, the nucleus of a lymphocyte is dark purple, while the surrounding jelly-like fluid (called the cytoplasm) is a lighter pink.

Blood tests are routinely performed whenever you have signs of an infection and other illnesses. These include tests that measure how many lymphocytes you have in your blood. The tests are easy to perform and only require a simple blood draw, typically from a vein in your arm.

One blood test your healthcare provider may order is a complete blood count with differential (CBC w/ diff). This test is able to reveal the percentage of each type of white blood cell in your blood, including lymphocytes.

The CBC w/ diff can also measure the number of red blood cells (which transport oxygen through the body) and platelets (which are responsible for blood clotting), and the amount of hemoglobin (a protein in red blood cells that carries oxygen molecules) in a sample of blood.

A more advanced test called flow cytometry can identify and count the individual cells in your blood, including lymphocytes.

With flow cytometry, your blood is suspended in a fluid and passed through a laser-generating instrument. The light produced from the laser scatters the cells in such a way that the cells can be individually counted and analyzed.

What Is a Normal Lymphocyte Count?

B and T Cell Screen

A test called the B and T cell screen specifically counts B cells and T cells in a sample of blood. Also known as a B cell or T cell count, the test involves flow cytometry and can provide specific information about how well your immune system is functioning.

The test can also home in on specific types of B cells and T cells. One such example is a CD4 count that measures the number of CD4 T cells that HIV targets for infection. A decrease in the number CD4 T cells in people with HIV is a sign that the disease is progressing.

How to Interpret Test Results

In other instances, a disease may cause one type of lymphocyte to increase and another type to drop.

Lymphocytosis is an indication that the immune system has been activated in response to a disease or medical condition. It may be an indication of an infection or a cancer of the blood or lymphatic system, among other things.

Possible causes of lymphocytosis include:

Lymphopenia is an indication that lymphocytes are either being depleted or are not being produced in ample quantities. This may be due to autoimmune diseases, infections, or certain medical treatments. Rare genetic disorders may also interfere with the normal production of lymphocytes.

Possible causes of lymphopenia include:

Lymphocytes are a type of white blood cell. They are produced in the bone marrow and move throughout the lymphatic system to help fight infection and diseases. They include B cells that produce antibodies that "tag" foreign invaders for destruction and T cells that directly target and kill foreign invaders.

A normal lymphocyte count varies by your age. Having too many or too few lymphocytes may be a sign of an infection, autoimmune disease, genetic disorder, or cancer. Certain medical treatments can also affect lymphocyte counts.

These days, it is common for people to get their blood test results online before their healthcare providers. If you get your results and see that your lymphocytes are either high or low, don't panic.

On their own, these blood tests only hint at what is going on in your body. They are not diagnostic of any medical condition. A drop or increase may indicate a serious condition, but it could also mean nothing. It is only when the values are compared to other test results that possible causes can be explored.

If you see your lymphocytes are either high or low, ask your healthcare provider why. And, make an effort to understand what the other results mean as well. 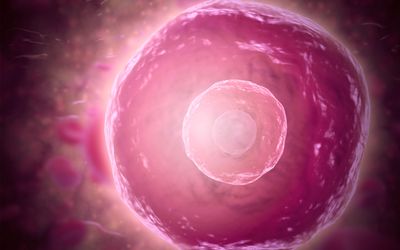 What Is a Lymphocyte?