Ovarian cysts are fluid-filled sacs, similar to blisters, that are common in women during their reproductive years. These cysts form on the ovaries, the almond-sized organs on each side of the uterus. Most types of ovarian cysts are harmless and go away without any treatment. However, there are some that can indicate other health issues or even lead to problems with fertility.

There are several different types of ovarian cysts:﻿﻿

Ovarian cysts often cause no symptoms; however, when symptoms are present, you may notice a sharp or dull ache that may come and go or a sense of bloating or pressure in the lower abdomen. Pain during intercourse and at other times can also indicate the presence of ovarian cysts.﻿﻿

If a cyst ruptures, it can cause sudden, severe pain. Pain can also be caused when a cyst is twisted (called torsion), which can block the flow of blood to the ovary.﻿﻿

Other possible symptoms of ovarian cysts include delayed, irregular or unusually painful periods. If you experience any of these symptoms, notify your healthcare provider as soon as possible.

The normal function of the ovaries is to produce an egg each month. During the process of ovulation, a cyst-like structure called a follicle is formed inside the ovary. The mature follicle ruptures when an egg is released during ovulation. A corpus luteum forms from the empty follicle and, if pregnancy does not occur, the corpus luteum dissolves.

Sometimes, however, this process does not conclude appropriately, causing the most common type of ovarian cyst: functional cysts. Abnormal ovarian cysts, such as polycystic ovarian disease, may also occur as the result of an imbalance of female hormones (estrogen and progesterone).﻿﻿

Unless symptoms are present, ovarian cysts are typically diagnosed during an annual pelvic examination. Other diagnostic tests, such as an ultrasound or a hormone level test, may be done if your physician detects any abnormalities.﻿﻿

Treatment of ovarian cysts depends on several factors, including the size and type of cyst, the woman's age and general health, her future pregnancy plans and her specific symptoms.

The earlier ovarian cysts are found, the less invasive the treatment required.

Often, young women who are not experiencing symptoms are advised to wait two or three months to see if the cysts dissolve on their own.﻿﻿ In most cases, functional ovarian cysts will dissolve without any medical intervention or treatment.

Surgery is sometimes necessary to treat ovarian cysts that are unresponsive to hormonal treatment. You might need surgery if your cysts do not disappear after a few menstrual cycles, or if they are extremely large.﻿﻿

Women who develop ovarian cysts after menopause are more likely to have malignancies.﻿﻿ For post-menopausal women experiencing bleeding and pain, surgery may be necessary. The procedures range from simply removing the cyst to removing the entire ovary. In some severe cases, a hysterectomy (removal of the uterus) is recommended.

The specific surgical procedure required depends on a number of factors, but, typically, the earlier ovarian cysts are discovered, the less extensive the procedure. Although your physician will discuss the planned procedure with you, you should keep in mind that the exact extent of the surgery may be unknown until the operation is in progress.

Because ovarian cysts often cause no symptoms, it is especially important for women who have had cysts in the past to have regular pelvic examinations. These women are at a greater risk of developing additional cysts. Women who suffer from endometriosis may see their symptoms worsened by the presence of ovarian cysts, and there’s an increased chance they’ll need to have their ovaries removed. In the case of malignant ovarian cysts, which again, are rare, early treatment offers the best hope for recovery.

Common Female Pelvic Conditions and Symptoms
2 Sources
Verywell Health uses only high-quality sources, including peer-reviewed studies, to support the facts within our articles. Read our editorial process to learn more about how we fact-check and keep our content accurate, reliable, and trustworthy.
Additional Reading 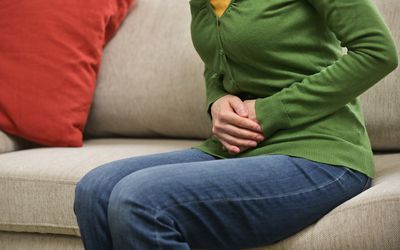 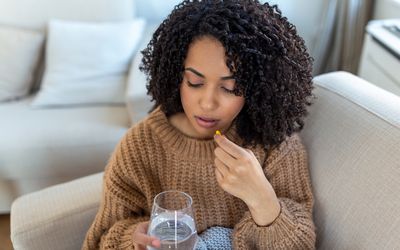