What Are Rheumatoid Nodules?

Rheumatoid arthritis (RA) is an autoimmune disease that targets joints and can have system-wide effects. Symptoms are caused by a misfiring immune system that attacks healthy tissues, leaving behind inflammation that can cause permanent damage.

Up to 40% of people with RA will eventually develop rheumatoid nodules, which are firm, usually non-painful, subcutaneous (under the skin) bumps that tend to appear on fingers and knuckles, elbows, knees, and forearms. They can also form in the eyes, vocal cords, and internal organs, though that is rare.

How Rheumatoid Arthritis and Osteoarthritis Differ

Rheumatoid nodules are masses of inflammatory tissue. They can be a single mass or a cluster of what are called micro-nodules. When multiple nodules form in one location, this is called accelerated nodulosis.

Around 7% of people with rheumatoid arthritis have nodules when they're first diagnosed. That early symptom is associated with significantly more joint damage down the road as well as a greater risk of systemic complications.

Though they can vary somewhat, rheumatoid nodules tend to have standard characteristics:

Rheumatoid nodules are not usually painful, though they may become so during a flare-up. One distinguishing feature of rheumatoid nodules is that they rarely ulcerate (break through the overlying skin).

Rheumatoid nodules most commonly occur over bony areas and extensor joints. These include:

Rarely, nodules are not joint-related and may occur in these areas:

When nodules occur in these locations, they can be hard to identify or diagnose properly. Such nodules can be asymptomatic (as is usually the case with lung nodules, for example) or may overlap with characteristics of other conditions.

Signs and Symptoms of Rheumatoid Arthritis

On rare occasions, the skin over a nodule will become infected or ulcerated. This tends to occur in areas that are subject to pressure on a regular basis. When nodules form on the backs of heels or bottoms of the feet, they can limit mobility and potentially be debilitating.

If you have rheumatoid nodules that are painful, debilitating, or that become infected or ulcerated, be sure to talk to your healthcare provider about it a soon as possible.

Experts still don't know for sure why nodules develop in some people with RA and not in others. It is thought that there may be a genetic component.

Certain factors are known to put you at a higher risk for developing nodules, however. You are more likely to develop nodules if you have:

Likewise, nodules are more likely to form in people with RA who:

Rheumatoid factor is a protein called an autoantibody that's produced by your immune system and can attack healthy tissues. RF is present in around 80% of people with RA.

It also occurs in several other diseases, such as cancers, systemic lupus erythematosus, hepatitis, and some other infections. Some people without any known disorder, particularly older adults, have RF in their blood as well.

Patients who test positive for an antibody known as anti-CCP also have an increased risk of developing nodules. Anti-CCP antibodies are present in over 70% of people who have RA and, unlike RF, are almost always absent in people who do not have the disease.

The risk of developing rheumatoid nodules is higher among people with RA who smoke as well as those who take the drug methotrexate, a common RA medication.

Caplan syndrome—which causes nodules to form in the lungs—can occur in people who have rheumatoid arthritis in addition to pneumoconiosis, a lung disease caused by inhaled toxins such as asbestos or coal dust.

The main points your healthcare provider will look for when diagnosing rheumatoid nodules are a prior diagnosis of RA and bumps that are:

Depending on the circumstances, such as suspected nodules in someone not yet diagnosed with RA, your healthcare provider may perform a biopsy to confirm that the bumps are, in fact, rheumatoid nodules.

Having RA doesn't mean that every bump is a rheumatoid nodule. Other possible diagnoses include:

Nodular masses can also occur with other conditions, including:

Rheumatoid nodules may disappear over time, or they may get smaller or larger. There is currently no way to predict which nodules will change or go away on their own.

Nodules can be aesthetically unappealing, but they are only occasionally debilitating, so they aren't usually treated aggressively if at all. Treatment is usually only necessary in the case of infection or ulceration.

Treatment with disease-modifying antirheumatic drugs (DMARDs) or tumor necrosis factor (TNF) blockers, used for rheumatoid arthritis in general, may or may not eliminate rheumatoid nodules.

Of the currently available drug therapies, Rituxan (rituximab) has been shown to reduce the size of nodules by as much as 50% within 34 to 39 weeks, according to a small study conducted in Germany in 2013.﻿﻿

The surgical removal of nodules is an option, but it's typically discouraged because the nodules tend to come back, often in as little as a few months. Recurrence is also possible after steroid injections.

Having rheumatoid nodules, especially at the time of diagnosis, indicates a higher risk of developing systemic inflammation (as opposed to RA being limited to the joints). This, in turn, can increase the risk of kidney disease, lung complications, heart attack, and stroke, as well as inflammation of the blood vessels, known as vasculitis.

This may be, at least in part, because nodules are found almost exclusively in people who are seropositive (have blood tests that are positive for rheumatoid factor).﻿﻿

In most cases, rheumatoid nodules don't require special treatment and are more of a perceived cosmetic issue than a medical problem. However, if your nodules bother you, talk to your healthcare provider about the available treatment options.

How Rheumatoid Arthritis Is Treated
13 Sources
Verywell Health uses only high-quality sources, including peer-reviewed studies, to support the facts within our articles. Read our editorial process to learn more about how we fact-check and keep our content accurate, reliable, and trustworthy. 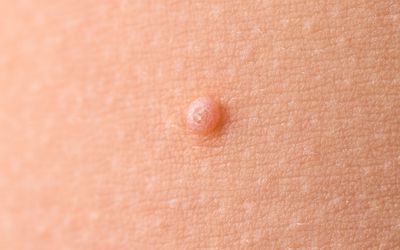 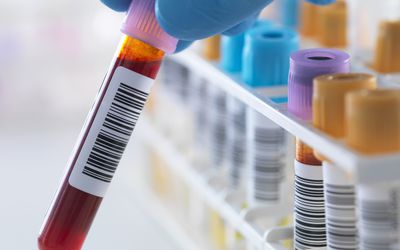 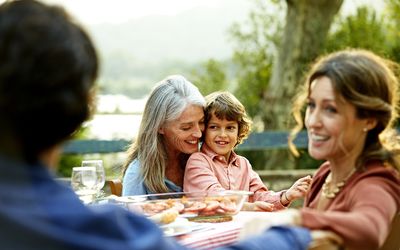 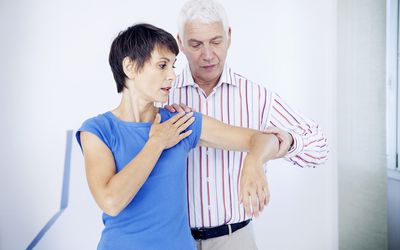