Afluria is an influenza vaccine that can be administered with a jet injector using a high-pressure, narrow stream of liquid to penetrate the skin without the need for a needle. For people age 18 and up who dislike and/or fear injections or don't want vaccine sprayed up their nostrils, the jet injector offers an alternative method of flu vaccination.

The Afluria flu vaccine is intended to prevent influenza. Like all vaccines, it works by stimulating your immune system to produce antibodies that target and attack the specific disease-causing organism (in this case, the flu virus). By preemptively immunizing yourself, your body has the means to protect itself should it be exposed to the virus.

The make-up of the quadrivalent (four-in-one) flu vaccine changes from year to year depending on which variants (types) of influenza are predicted to be in circulation. Every year, two variants each of influenza A and influenza B are selected by an international panel for inclusion in the vaccine.

For the 2022-2023 flu season, the Afluria quadrivalent vaccine includes two influenza A variants of H1N1 (a.k.a. swine flu) and H3N2 and two influenza B variants of the so-called Victoria and Yamagata lineage.

All flu shots are inactivated vaccines, meaning that they contain killed viruses that do not cause disease but can still stimulate the intended immune response.

How Effective Are Flu Vaccines?

Originally indicated for people between the ages of 18 and 64, the Afluria vaccine was approved for use by the Food and Drug Administration (FDA) in 2018 for anyone 6 months or older.

However, this expansion only relates to the drug itself—not the mode of delivery. Although the Afluria vaccine can be delivered by syringe and needle to anyone 6 months to 64 years, the jet injector (called the PharmaJet) is only approved for use in people ages 18 to 64.

For this group of adults, Afluria delivered via jet injector has proven to be just as effective in preventing flu as traditional flu shots.

Afluria has no off-label uses and provides no protection against COVID-19, the common cold, or any other respiratory infection.

The Centers for Disease Control and Prevention (CDC) recommends annual influenza vaccination for everyone 6 months and older. There is no preference for any vaccine that has been approved for a person's age or health status.﻿﻿

Because Afluria is not a live-attenuated vaccine, there are no restrictions for use in women who are pregnant or people with weakened immune systems.

Afluria should be used with caution in people who have experienced Guillain-Barré syndrome (GBS) within six weeks of receiving a previous flu vaccine of any type. GBS is a potentially serious autoimmune disorder sometimes instigated by infections or the vaccines used to prevent them.﻿﻿

Afluria is not used in people 65 and over, who often have a less robust immune response to traditional flu vaccines. For people of this age group, Fluzone (a high-dose vaccine with four times the concentration of killed virus), Flublok (another high-dose option), or Fluad (a flu vaccine with an added immunostimulant) are the recommended options.

The Afluria vaccine is the only flu vaccine approved for use with the jet injector.

However, there are other five vaccine options delivered by different methods, including intramuscular injection (into a large muscle), intradermal injection (into the skin), and intranasally (into the nostril).

Afluria is a sterile, clear vaccine that is colorless to slightly opalescent. The dosage varies by age and whether or not you have been vaccinated against the flu before. Children under 8 years of age who have never been vaccinated will need two shots given at least a month apart to ensure a robust immune response.

Irrespective of the vaccine type, you should receive the flu vaccine each year, preferably at the start of the flu season so you are protected throughout.

How Long Does a Flu Shot Last?

As with any drug or vaccine, side effects are possible with Afluria. Most are mild and transient and will resolve on their own within a day or so. In rare instances, severe side effects have been known to occur.

During clinical trials, the side effects of the Afluria vaccine by jet injector were similar to those administered by traditional injection.﻿﻿

Common side effects of Afluria reported in pre-market studies include (by order of frequency):﻿﻿

Injection site reactions were significantly higher when Afluria was delivered by jet injector than by needle and syringe.﻿﻿

Multi-use vials of Afluria contain the preservative thimerosal to ensure that contamination does not occur between injections. Thimerosal is safe for use and does not cause autism or any other adverse condition, as some anti-vaccine proponents may suggest.

Severe reactions are unlikely with Afluria but can occur. Among the most concerning is anaphylaxis, a potentially life-threatening, whole-body allergy that can lead to respiratory distress, shock, heart failure, and death.

Even so, data from the Vaccine Safety Datalink (VSD) study identified only 10 cases of anaphylaxis out of more than 7.4 million doses of inactivated flu vaccine.

Another concern is the risk of Guillain-Barré syndrome (GBS), particularly since there is no way to predict who may experience this autoimmune reaction. But, again the likelihood of this occurring is low, with the CDC reporting roughly one to two cases of GBS per million doses of the flu vaccine.

GBS is characterized by an autoimmune assault on nerves that first starts with tingling sensations in the feet or hands that gradually spread, causing leg weakness, severe nerve pain, difficulty breathing or walking, loss of bladder or bowel control, and, in some cases, paralysis or respiratory arrest.

Side Effects of Flu Vaccines You Should Know

The viruses used to make Afluria and many of the other flu vaccines are grown in chicken eggs. As such, there may be remnants of egg proteins in the vaccine. Even so, it is recommended that those with an egg allergy still receive the vaccine, as the risk of an adverse reaction is low.

With that said, Afluria should be administered in a medical setting for those with a history of severe egg allergies in the event of a reaction.

For people at risk of an egg allergy, both Flublok and Flucelax are grown in an egg-free culture and are considered safe for use.

Should I Get a Flu Shot If I Have Asthma?

Certain drugs that alter the body's natural immune response may reduce the effectiveness of Afluria. Most interactions of this sort are incidental and do not require you to make any adjustments.

One exception is a class of drugs called monoclonal antibodies (MAs) which can impede the production of influenza antibodies. The MAs of greatest concern are:

Make sure that whoever is giving you your flu vaccine is aware of any medications you are taking.

When Is It Too Late to Get a Flu Shot?
11 Sources
Verywell Health uses only high-quality sources, including peer-reviewed studies, to support the facts within our articles. Read our editorial process to learn more about how we fact-check and keep our content accurate, reliable, and trustworthy. 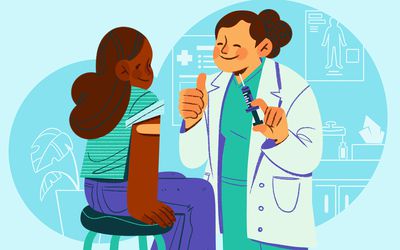 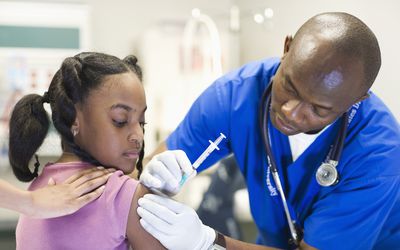