What Is a Lymphocyte?

A lymphocyte is part of your immune system. Lymphocytes are small white blood cells that actually play an outsized role in defending your body from disease.

Your body's immune system protects you from various invaders (such as bacteria and viruses) that can cause you harm. Lymphocytes' role in this is to fight infections by producing antibodies, which are chemicals that help your body stop and then remove foreign invaders such as bacteria, viruses, fungi, parasites, and toxic chemicals.

Lymphocytes also kill cells in your body that are infected with a pathogen, and release chemicals to warn other cells of the danger. This process enables you to fight off infections and other dangers.

Lymphocytes move around your body through the lymphatic system, which is part of the circulatory system. Lymph vessels carry clear fluid, including lymphocytes and other white blood cells, throughout your body to fight infection.

Although there's some evidence that one type of lymphocyte may attack and destroy the infectious agent directly, for the most part lymphocytes leave that task to other types of white blood cells, including phagocytes. (Phagocytes work by actually swallowing and absorbing invaders that your body views as a threat, such as bacteria and small particles.)﻿﻿

There are two main types of lymphocytes: T cells and B cells. Each has a specific role to play in your health and in how your body fights disease. Read on to learn more about them.

What Are T Cell Lymphocytes?

T cell lymphocytes' job is to continually scan and monitor your cells for infection and the risk of infection. This goes on without you realizing it's happening inside your body.

The "T" in T cell stands for thymus, the small gland in your chest where T cells go to mature after they're manufactured by your bone marrow, and before they're sent out to patrol your body.

When a lymphocyte spots a cell that's been infected with bacteria or a virus, the lymphocyte will proceed to kill the cell. It also will actually remember the infectious agent, so it can act faster the next time it encounters the same infectious problem. This enables your immune system to identify and fight repeat infections more quickly.

These T cell lymphocytes also kill cancer cells, which is why one promising approach to cancer treatment (known as CAR-T therapy) involves isolating, multiplying and then using a patient's own T cells to fight a particular cancer. In addition, there's some evidence that T cell lymphocytes also can protect you from bacteria by actually capturing and killing the bacteria in question.

What Are B Cell Lymphocytes?

B cell lymphocytes don't attack and kill cells, viruses or bacteria themselves. Instead, they manufacture proteins called antibodies that actually stick to the surface of invaders, disabling those invaders and spotlighting them for clean up by other parts of your immune system.

The "B" in B cell lymphocytes stands for the bursa of Fabricius, a specialized organ in birds where B cells originally were discovered. Humans do not have this organ.

Although each B cell only produces one specific antibody, your body's huge number of B-cells collectively recognize an almost unlimited number of intruders and produce a tremendous variety of antibodies to fight them. 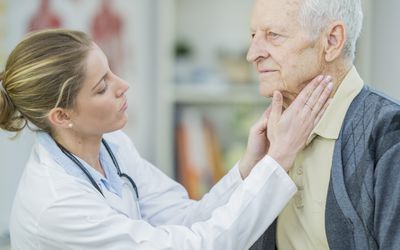 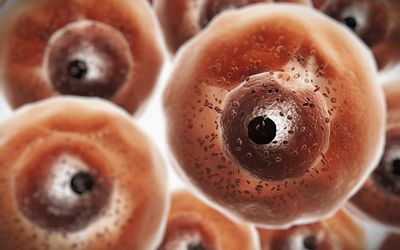