AAT Deficiency: The Unsung Cause of Emphysema

In healthy individuals, the lungs contain neutrophil elastase, a natural enzyme that — under normal circumstances—helps the lungs digest damaged, aging cells and bacteria. This process promotes healing of the lung tissue. Unfortunately, these enzymes don't know when to stop, and ​eventually, attack the lung tissue instead of helping it heal. That's where AAT comes in. By destroying the enzyme before it can cause damage to healthy lung tissue, the lungs proceed to function normally. When there is not enough AAT, lung tissue will continue to be destroyed sometimes leading to chronic obstructive pulmonary disease (COPD) or emphysema.

How Can I Inherit AAT Deficiency?

If you have been diagnosed with AAT deficiency, it is important that you talk with your healthcare provider about having other people in your family tested for the disease, including each of your children. If you do not have children, your practitioner may recommend that you seek genetic counseling before you make that decision.

AAT deficiency has been identified in virtually every population, culture and ethnic group. There are an estimated 100,000 people in the United States who were born with AAT deficiency. Among the majority of these individuals, AAT related emphysema may be prevalent. Moreover, since AAT deficiency is often either under-diagnosed or misdiagnosed, as many as 3% of all emphysema cases related to AAT deficiency are never detected.

Worldwide, 161 million people are carriers of AAT deficiency. Of these, approximately 25 million live in the United States. While carriers do not actually have the disease themselves, they can pass the disease on to their children. With this in mind, the World Health Organization (WHO) recommends that all people with COPD, as well as adults and teenagers with asthma, be tested for AAT deficiency.

The risk of developing AAT related emphysema significantly increases for people who smoke. The American Lung Association states that smoking not only increases your risk for emphysema if you have AAT deficiency, but it can also decrease your lifespan by as much as 10 years.

Signs and Symptoms of AAT Deficiency

First, emphysema symptoms in non-AAT deficient individuals usually don't occur until the sixth or seventh decade of life. This is not true for people who have AAT related emphysema. For these people, the onset of symptoms occurs much earlier, with the mean age at diagnosis of 41.3 years.

The most common signs and symptoms of AAT deficiency emphysema are:

A simple blood test can tell your healthcare provider if you have AAT deficiency. Because of the importance of early diagnosis, the University of South Carolina has developed a program, with the help of the Alpha-1 Foundation, that allows for free, confidential testing to those at risk for the disease.

Early diagnosis is critical because smoking cessation and early treatment may help slow the progression of AAT related emphysema.

For more information about testing, please contact the Alpha-1 Research Registry at the Medical University of South Carolina at 1-877-886-2383 or visit the Alpha-1 Foundation.

For people who have begun to show symptoms of AAT related emphysema, replacement (augmentation) therapy may be a treatment option that can help protect the lungs against the destructive enzyme, neutrophil elastase.

Replacement therapy consists of giving a concentrated form of AAT that is derived from human plasma. It raises the AAT level in the bloodstream. Once you start replacement therapy, however, you must undergo treatment for life. This is because if you stop, your lungs will return to their previous level of dysfunction and the neutrophil elastase will again start to destroy your lung tissue.

Not only does replacement therapy help slow the loss of lung function in people with AAT related emphysema, but it may also help to reduce the frequency of lung infections.

For more information about AAT deficiency or replacement therapy, talk with your healthcare provider or visit the Alpha-1 Foundation. 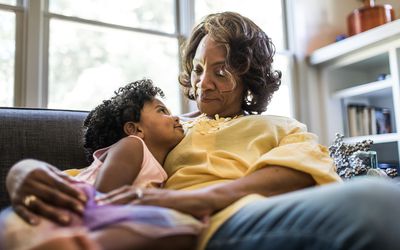 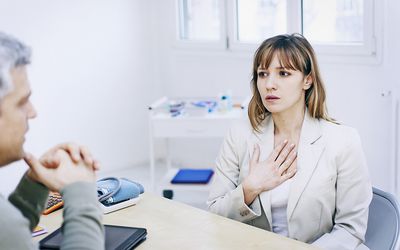 Causes and Risk Factors of Wheezing 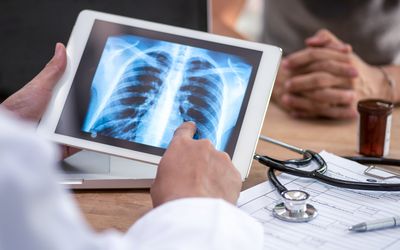 What Is Panlobular Emphysema?