What It Means When a Disease Is Endemic

This article describes what characterizes a disease as “endemic,” how it differs from “epidemic,” and provides examples of endemic diseases that persist in the world today.

How Endemic Differs From Epidemic

Endemic diseases are often confused with epidemics. However, an epidemic refers to an outbreak of disease that spreads through one or more populations. In contrast, an endemic disease is one that is constantly present in a group or geographic area.

Pandemics are worldwide epidemics. Under certain circumstances, an epidemic or pandemic can lead to a disease becoming endemic.

What Is the Difference Between an Epidemic and a Pandemic?

Endemic diseases are not always present at high levels. They can also be relatively rare. The defining feature of a regional endemic disease is that it can always be found in the population that lives there.

Influenza, or the flu, is a respiratory illness caused by seasonal influenza viruses that spread throughout the population each year. Although the flu is endemic, the viruses mutate frequently and are responsible for new seasonal flu strains every year.

Most people who get the flu can recover at home with mild symptoms. However, some people with pre-existing conditions, older people, or young children may be at higher risk of more severe illness.

Research shows that the influenza virus has been an endemic part of human life for at least 500 years. Today, about 8% of the U.S. population becomes sick with an influenza virus each year. The flu virus spreads via small droplets when infected people talk, cough, or sneeze.

Malaria is endemic in many areas of Africa and Asia. Malaria is such a fixture in certain parts of Africa that a protective mutation—sickle cell trait—has become common in local populations.

The sickle cell gene makes people less susceptible to malaria. However, it works best when people have one copy of the gene. When they have two, it can cause significant health problems.

Fortunately, there is a vaccine available to prevent hepatitis B transmission. If a person is planning on traveling to an area where hepatitis is endemic, vaccination is usually recommended. Vaccination against hepatitis is also part of the standard childhood immunization schedule in the United States.

Syphilis is a sexually transmitted infection that used to be endemic around the world. Fortunately, effective treatments have reduced the number of people infected by this disease.

Unfortunately, it appears that rates of syphilis in the U.S. are rising again. However, it's unlikely that syphilis will become endemic again, at least in the U.S. However, it can still lead to significant problems, particularly for newborns.

Syphilis is still considered to be endemic in certain parts of Africa.

Human immunodeficiency virus (HIV) is considered to be endemic in many parts of Africa. At this point, and for the conceivable future, eradication is unlikely. That's true even as improving treatment is starting to bring the HIV epidemic under control.

Coronavirus (COVID-19) is a viral infection caused by the SARS-CoV-2 virus. COVID-19 spreads via droplets from an infected person's mouth or nose as they breathe, speak, cough, or sneeze.

As of 2022, COVID-19 is still considered a global pandemic. However, many experts predict that the virus will eventually become an endemic disease. The timeline to endemicity depends on several factors, such as immune protection from vaccinations and natural infection, and how the disease continues to spread or mutate in the future.

An endemic disease is a disease that is always present in a particular population or region and is expected to remain indefinitely. Some examples of endemic diseases are the flu, malaria, HIV, and syphilis. Researchers predict that COVID-19 will also eventually become an endemic disease. However, the timeline depends on several factors, such as vaccine administration and mutations.

It's understandable that many people are concerned or even fearful of the current state of the COVID-19 pandemic. Many want to know when the disease will move from pandemic to endemic. While it's impossible to predict, vaccines can help prevent severe illness and death from COVID-19. Contact your healthcare provider for more information about how to get vaccinated. 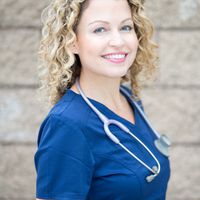 Learn about our editorial process
Was this page helpful?
Thanks for your feedback!
What are your concerns?
16 Sources
Verywell Health uses only high-quality sources, including peer-reviewed studies, to support the facts within our articles. Read our editorial process to learn more about how we fact-check and keep our content accurate, reliable, and trustworthy.
Related Articles