An Overview of Chronic Lymphocytic Leukemia

Chronic lymphocytic leukemia (CLL) is a typically slow-growing cancer that begins in the bone marrow and spreads into the blood. Often, it is first suspected in a person who has no symptoms, during routine blood work. Additional testing helps to confirm the diagnosis and classify CLL into groups by low-risk to high-risk. Often, CLL does not cause any symptoms for at least a few years and does not require immediate treatment. Once treatment is needed, there are many options to help control the disease.

This cancer develops in a type of white blood cells called B cells or B-lymphocytes. In fact, some of the therapies used in the treatment of different types of B-cell lymphoma are also used in CLL.

An unexplained high white blood cell (lymphocyte) count is the most common clue that leads a healthcare provider to consider a CLL diagnosis. Often, a person has no symptoms related to CLL at the time of diagnosis.

People with more aggressive types of CLL and those with more advanced disease may show any number of signs and symptoms, including any one or a combination of the following:

Systemic symptoms are also possible, including what are sometimes referred to as “B symptoms”:

None of the above symptoms is specific to CLL, however.

The diagnostic process begins with an appointment with your healthcare provider. You may be having symptoms, or signs of CLL may appear in your routine blood work and warrant further work-up.

During the physical exam, your healthcare provider will look for possible signs of CLL and other health problems, especially enlarged lymph nodes, any abdominal findings that might suggest an enlarged spleen, and other areas that might be affected.

The complete blood count (CBC) measures the different cells in your blood, such as red blood cells, white blood cells, and platelets. Having more than 10,000 lymphocytes per cubic millimeter of blood is suggestive of CLL, but other tests are needed to know for certain.

If your blood count is suggestive of CLL, you may be referred to a hematologist (a specialist in blood disorders) for additional testing to confirm the diagnosis and determine the risk group of your CLL.

CLL is usually diagnosed with blood tests rather than bone marrow tests because the cancerous cells are easily found in the blood.

A bone marrow biopsy is usually not needed to diagnose CLL, but it is done in certain instances, such as before starting CLL treatment, or when there has been a major change in the progression of the disease or certain other instances.

Your medical team may use other blood tests to help find liver or kidney problems that might influence the choice of treatment. They may also test your blood immunoglobulin (antibody) levels to help determine how well you can fight infections, especially if frequent infections are part of your medical history. They might do other blood tests to determine the characteristics of your CLL.

Each of our cells normally has 46 chromosomes, 23 from each parent, that contain many genes. Each chromosome has a number, and the genes within each chromosome are named. For CLL, many different chromosomes and genes are important, including chromosomes 13, 11, and 17, and genes such as TP53 and IGHV.

Fluorescent in situ hybridization (FISH) testing uses fluorescent dyes that attach to specific chromosomes to look for changes. It’s faster than methods that require growing cells in a lab.

Additional markers of importance in CLL include IGHV and TP53 mutation status:

This information from genetic and molecular testing may be helpful to determine a person’s outlook, but it needs to be looked at along with other factors making decisions about treatment.

Staging refers to the extent to which the CLL has progressed, or the amount of CLL cells in the body and the impact of that burden. Staging is used in CLL (e.g., the Rai and Binet systems), but the outcome for a person with CLL also depends on other information, such as the results of lab tests and imaging tests.

The treatment chosen will depend on many factors and the stage of CLL.

CLL is a slow-growing cancer, and there isn’t good evidence to support treating people in the early stages of CLL who have no symptoms and aren’t at high risk. For these people, a period of no treatment—referred to as watch and wait, watchful waiting, active monitoring, or active surveillance—is considered the best option. Watchful waiting is not synonymous with foregoing treatment and does not worsen outcomes.

A select group of patients (young, fit, with mutated IGHV, without TP53 mutations or deletions in chromosomes 11 or 17) has traditionally been viewed to benefit the most from a defined course of therapy with fludarabine, cyclophosphamide, and rituximab, the combination known as FCR, which achieves durable remissions for many patients.

Biological agents such as ibrutinib, acalabrutinib, or venetoclax (rather than chemotherapy) in regimens with or without monoclonal antibodies (such as rituximab or obinutuzumab) are also among the options in some cases.

The most effective initial therapy for fit, older adults (age over 65 years) with CLL has not been established definitively. For frail older adults, ibrutinib alone is often considered when there are no other health conditions that would preclude or cause concerns about its use.

The efficacy and safety of ibrutinib alone have been established in previously untreated patients age 65 years or older with CLL, and data support continuous ibrutinib use in the absence of progression or toxicity. The role of the addition of a monoclonal antibody (that targets the CD20 marker on CLL cells) to ibrutinib continues to be explored.

The introduction of novel targeted therapies that inhibit important pathways in the CLL disease process has changed the landscape of the treatment of the disease. Biological agents such as ibrutinib, idelalisib, and venetoclax have had excellent outcomes, including in patients with a high-risk disease such as TP53 mutation or deletions on chromosome 17.

However, issues of residual disease, acquired resistance, and lack of a nice, long response in patients with high-risk disease remain concerns. Additionally, despite this considerable progress, much is unknown regarding best treatment selection and sequence of therapies for different groups of people. In short, tremendous progress has been made in recent years, but there is still room for improvement. 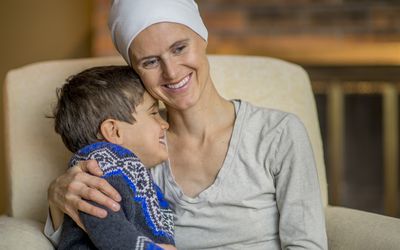 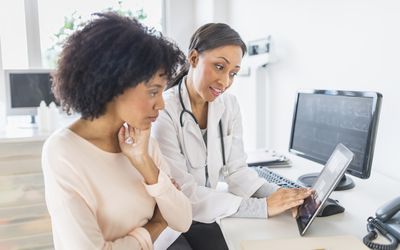 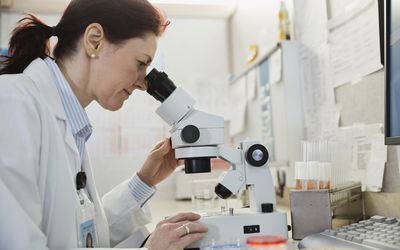 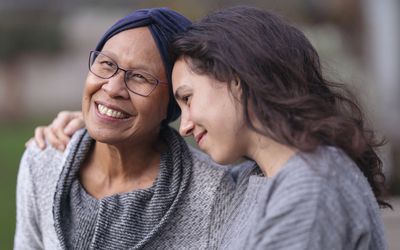 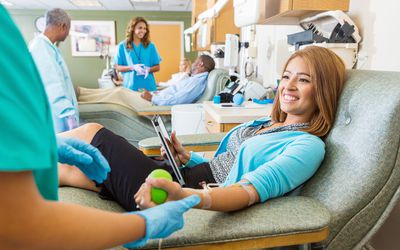 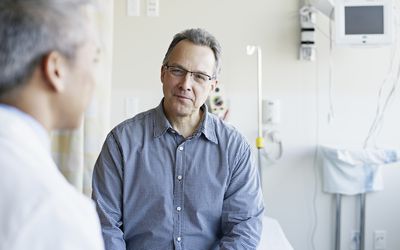 An Overview of Mantle Cell Lymphoma