Why Clinical Remission Is Not the Goal in IBD

What does it mean to have remission from Crohn's disease or ulcerative colitis? For many people with inflammatory bowel disease (IBD), remission might come about pretty quickly—but for some, it may take more time, and trials of one or more drugs and/or surgery.

Remission in IBD is a broader concept than a reduction of symptoms. Getting control of symptoms is the most important factor in improving quality of life in the short-term. Reducing symptoms—such as abdominal pain, diarrhea, or bloody stools will make you feel much better.

However, there could be other processes still going on with your IBD, even if some or all of your symptoms are gone. You can have IBD inflammation even if you feel better. Inflammation is a sign that IBD could have the potential to lead to more serious complications.

There isn't a consensus about the exact definition of remission in IBD. Different gastroenterologists and IBD centers might use different criteria. There are, however, several scoring tools that your healthcare provider might use to determine if you've achieved remission.

Some of the types of remission include:

Clinical remission is certainly important because it means feeling better. The symptoms of IBD can be so troublesome that they prevent you from socializing or going to work or school.

It's increasingly being understood that remission should include more than control of symptoms. Getting to what's called "deep" remission is another goal.

Studies have shown that between 30 and 45% of patients with ulcerative colitis who are in clinical remission have inflammation that can be found during endoscopy. The problem with this is that the inflammation is associated with a risk of various other adverse outcomes. Residual inflammation is associated with a relapse of ulcerative colitis, a higher risk of needing future IBD surgery, and potential long-term problems, such as an increased risk of colon cancer.

What If There's Still Inflammation?

Achieving deep remission involves controlling inflammation. When there's still inflammation present in the digestive system, treatment with medication and/or dietary adjustments might be needed. Your gastroenterologist may recommend treatment to bring about other types of remission besides clinical remission.

One of the goals of IBD treatment is reducing or eliminating inflammation. There's more of a chance of a good long-term outcome from the IBD when endoscopy and biopsy show that there is no leftover inflammation in the digestive system.

While IBD specialists don't necessarily all agree on one single definition of what remission is, it is becoming accepted that clinical remission is not always enough to optimally manage the condition. With IBD, you might not only need symptom control, but you might also need additional management for subclinical inflammation of IBD to reduce the risk of complications. 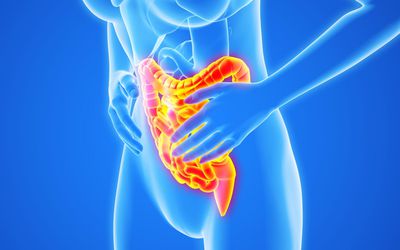