What Is Dihydrotestosterone (DHT)?

Dihydrotestosterone (DHT) is an androgen, or male hormone, that promotes the growth of facial hair, body hair, and pubic hair during puberty in those assigned male at birth. It also plays a role in the growth of the penis, scrotum, and prostate.

These effects are similar to those of testosterone. DRT is actually formed from testosterone and is a precursor of other steroid hormones.

This article reviews the known effects of dihydrotestosterone, as well as some that are still under investigation.

DHT and testosterone are both classified as androgens. In the body, the enzyme 5-alpha reductase converts testosterone to DHT.

DHT is estimated to be around five times more powerful than testosterone. DHT is primarily created in the organs where it is used, such as the prostate.

Testosterone and DHT both bind to the same receptors. However, DHT does so more efficiently.

Most DHT and testosterone in the body is bound to proteins, such as albumin and sex hormone-binding globulin in the blood. With DHT, less than 1% of the hormone in the blood is circulating freely. This is slightly lower than the amount of free versus bound testosterone.

Albumin can bind a large amount of testosterone or other sex hormones but binds those hormones quite weakly. Sex hormone-binding globulin, in contrast, binds less hormone but does so more strongly.

DHT has a number of effects on sexual development and sexual function. In particular, DHT plays an important role in the development of male external genitalia.

At puberty, DHT is critical for penile growth. It works in combination with testosterone to increase the size of the male external genitalia.

This does not mean that taking testosterone or DHT will increase your penis size. Adult men who have completed puberty no longer have androgen receptors in their penile tissue.

Some people who are chromosomally male don't produce DHT due to 5-alpha reductase deficiency. These people are born with feminized genitalia or ambiguous genitalia.

Certain forms of DHT deficiency, affecting only one of the two 5-alpha reductase enzymes, may reverse with puberty, although these forms are rare outside of specific populations.

People who are chromosomally female but have a 5-alpha-reductase deficiency may experience a delayed start of menstruation and decreased body hair growth.

Role of DHT in Sexual Function

The role of DHT in male sexual function is still somewhat controversial. Much of the data is indirect, coming from studies of 5-alpha reductase inhibitors rather than studies of DHT levels directly.

That said, a number of studies have shown an increase in erectile dysfunction in men taking 5-alpha reductase inhibitors to decrease their DHT levels. These medications have also been shown to decrease libido and sex drive. As such, it is generally held that DHT plays an important role in male sexual desire and function.

Although drugs that reduce DHT also cause problems for male sexual function, it is not necessarily true that DHT treatment would improve sexual function. Higher levels may not always be better.

DHT levels interact with the levels of steroids in the blood, and increasing DHT can decrease other hormones, such as estrogen. This could potentially have a negative effect on male sexual function.

The effects of DHT on male fertility are not yet clear. The enzymes that produce DHT are present in the prostate, the penis, and the scrotum. However, they are not present in the testes. This suggests that spermatogenesis does not require DHT.

However, some data suggest that 5-alpha reductase inhibitors can affect sperm production, at least temporarily. Use of these drugs has been associated with decreased sperm count and lowered semen volume in some studies. It has also been associated with reduced sperm motility.

Fortunately, these effects seem to be reversible when treatment is discontinued. Furthermore, other studies have not seen changes in sperm parameters with low-dose finasteride, so further research is still needed.

When DHT Is Too High

The significance of DHT differs in different organs. High levels of DHT are problematic in some areas of the body, but necessary in others.

As a broad overview, an overproduction of DHT is known to cause a number of undesirable health effects in men including enlargement of the prostate and male pattern baldness.

It can also cause hirsutism (excess hair growth) and female pattern baldness.

In contrast, a lack of DHT production can lead to differences in sexual differentiation such as androgen insensitivity syndrome.

DHT is commonly associated with benign prostatic hyperplasia (BPH). BPH can cause symptoms such as difficulty urinating, needing to urinate more frequently, and other urinary issues.

DHT stimulates the growth of epithelial and stromal cells in the prostate. DHT works in combination with estrogen to promote prostate enlargement.

DHT-induced prostate growth can sometimes be treated with drugs that reduce DHT concentrations such as finasteride, a 5-alpha-reductase inhibitor.

What Is an Enlarged Prostate?

Androgens are important for the hair-growth patterns associated with puberty. However, not all hair follicles react to androgens in the same way.

Pubic hair and underarm hair growth seem to be stimulated by testosterone rather than DHT.

An overproduction of DHT can cause females to experience extra facial and body hair growth.

Although it may seem confusing, blocking DHT can reduce unwanted hair growth for females. This is often done with the same drugs used to increase hair growth among balding males.

The same drugs have opposite effects because hair follicles in each area of the body respond differently to different types of hormones.

Dihydrotestosterone (DHT) is a male hormone that plays a role in the development of male sex organs and male characteristics such as facial and body hair.

In babies, when DHT is too low, it affects the development of male sex characteristics. In adults, high DHT levels can contribute to undesirable health effects like enlarged prostate and male pattern baldness. 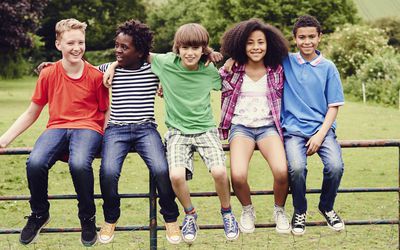 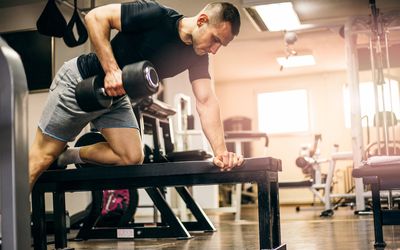 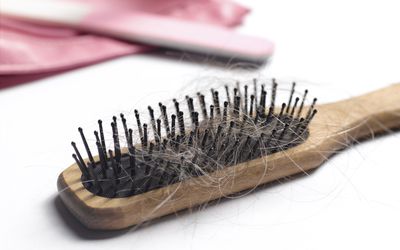 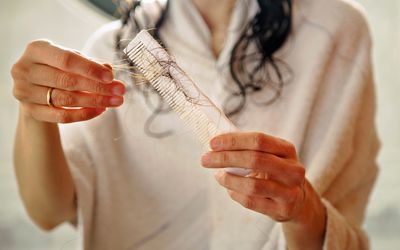 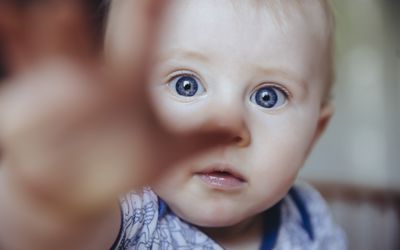