A person is said to have discordant bone marrow involvement or “discordant lymphoma” when two different types of lymphoma are identified in the same person at two separate sites in the body such as the lymph nodes, bone marrow, liver, or spleen.

The impact, if any, of concordance and discordance of BMI in lymphoma seems to depend on the types of lymphoma found as well as some additional context about the course of the disease. Generally, drawing firm conclusions about prognosis based upon concordant or discordant bone marrow involvement is challenging because, in many cases, published data that doctors rely upon are limited.

Most indolent or slow-growing B-cell lymphomas, such as mantle cell lymphoma (MCL), follicular lymphoma (FL), and marginal-zone lymphoma, have BMI at the time of diagnosis. However, with respect to diffuse large B-cell lymphoma (DLBCL), which is an aggressive type of non-Hodgkin's lymphoma, most studies report that about 10 to 15% of cases have BMI when diagnosed. Nevertheless, testing the bone marrow is important to determine if the lymphoma has spread, and to develop an appropriate treatment plan.

When BMI occurs in non-Hodgkin lymphoma, it is usually the case that the cancer cells in the bone marrow are similar to the cancer cells found at other sites, such as in the lymph nodes, and this is known as concordance.

Much less frequently found, discordance refers to those lymphoma cases where the histology, or the characteristics and appearance of the cancerous cells, differs in important ways between the bone marrow and the other sites of involvement. In fact, one type will be more aggressive, whereas the other type will be slow-growing.

Discordant is different from composite, which refers to two or more distinct areas of lymphoma cells in the same lymph node sample.

Discordance is also different from transformation which refers to a lymphoma that starts out slow-growing or indolent but then undergoes transformation into aggressive lymphoma (usually DLBCL) during the course of the disease. Richter transformation is an example of transformation that involves chronic lymphocytic leukemia that transforms into DLBCL or Hodgkin lymphoma.

There is not a lot of consensus on how frequently discordant lymphomas are diagnosed, how they behave clinically, or how best to treat them, unfortunately. Data are mostly derived from single cases that have been reported in the scientific literature and small studies that look back to try to figure out patterns and associations.

Among the indolent lymphomas, concordant BMI has been linked historically to worse survival outcomes, and has been estimated to occur in 40 to 70% of patients with follicular lymphoma (FL). This finding causes an upgrading to an Ann Arbor stage of IV and thus a higher score on the International Prognostic Index, meaning prognosis of survival is worse in these cases.

Discordant bone marrow involvement seems to be relatively infrequent among the slow-growing lymphomas such as follicular and marginal zone lymphoma.

According to a research study in 2016, more studies with larger numbers are needed to be able to better tell what concordance and discordance mean for patients with lymphoma. 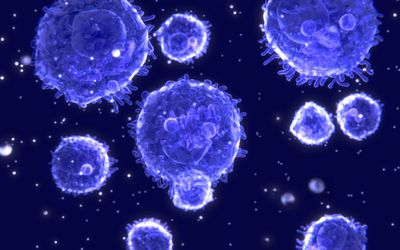 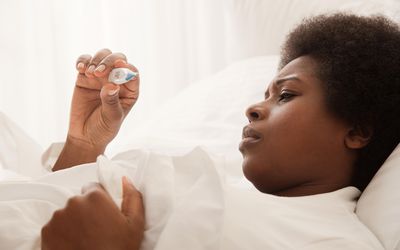 What B-Symptoms Are in Lymphoma Patients? 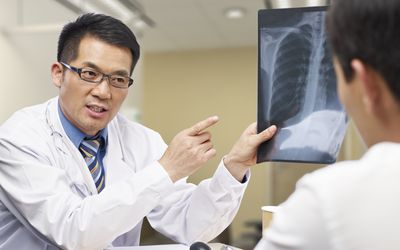