The causes and risk factors for non-celiac gluten sensitivity are unclear and are being researched. Unlike celiac disease, it doesn't have the typical markers or intestine damage used to diagnose that autoimmune disorder. And unlike wheat allergy, it doesn't have the markers of an allergic disorder. While, by definition, the condition responds to a gluten-free diet, it may be triggered by the gluten protein or by other compounds found in the gluten-containing grains wheat, barley, and rye.

Gluten sensitivity may affect about 6% to 7% of the population, according to Allessio Fasano, MD of the University of Maryland and the Salerno Experts' Panel that helped define non-celiac gluten sensitivity.

Some researchers theorize that the problem in those told they have gluten sensitivity may not be gluten at all. Instead, it may be some other compound found in wheat (and possibly in barley and rye, which are closely related to the grain).﻿﻿

Researchers have identified other compounds in wheat, specifically, that they say could be responsible: fructans and amylase trypsin inhibitors.

What's more, the results of one study suggest that gluten sensitivity symptoms occur because microbes and food proteins are crossing the intestinal barrier into the bloodstream, causing widespread inflammation.﻿﻿

Here's what the research shows on all of the three grain components and how they might be related to non-celiac gluten sensitivity.

Gluten is the grain component that tends to get focused on the most. It is a protein that grain plants use to store nutrients for the next generation of plants. Found in the seeds of grain plants, it's the part of the plant we think of, and use, as food.

The initial research on non-celiac gluten sensitivity fingered gluten as the problem in the newly described condition. That study said gluten made some people's intestines leaky and inflamed without causing celiac disease. The researchers concluded these people were reacting to gluten in the foods they ate.﻿﻿

However, since that initial study, there have been several more studies that used pure wheat gluten to try and induce symptoms in people who believed they were gluten-sensitive. These studies have had mixed results.

One study published in the journal Gastroenterology, for example, removed all gluten grain-based foods from 37 subjects' diets and then fed them with pure wheat gluten. (The subjects didn't know when they were eating gluten and when they were eating a placebo.) The people in the study didn't experience digestive symptoms while eating the pure gluten, but some of them did get depression.﻿﻿

Another study used the same technique to "challenge" people who said they were gluten-sensitive with gluten and found that some of them did react to pure gluten. In that study, 101 people said their digestive symptoms improved when following a gluten-free diet, and 14% of them got worse when they unknowingly ingested gluten as part of the study.﻿﻿

Some people who say they're sensitive to gluten grains do seem to be reacting to gluten, but many others don't react when fed pure gluten unknowingly. More research on this is needed.

The aforementioned Gastroenterology study noted that the problem with wheat is its fructans—complex carbohydrates that ferment in your large intestine, potentially causing gas, bloating, cramping, pain, diarrhea, and constipation.

When the study found that its participants did not see their intestinal symptoms worsen with pure gluten, the researchers implicated FODMAPS (fermentable oligo-, di-, mono-saccharides and polyols). These are found in wheat, as well as foods such as garlic and onions.

FODMAPs seem to cause digestive symptoms in many people with irritable bowel syndrome, and a low-FODMAP diet is proven to reduce symptoms in nearly three-quarters of those with IBS. But it's far from clear whether the problem in gluten sensitivity is really the FODMAPs, and whether the solution is a low-FODMAP diet, rather than a gluten-free diet. Again, more research is needed.﻿﻿

Amylase trypsin inhibitors are proteins made by the plant to protect itself from insects—essentially, natural pesticides. They make it difficult or impossible for bugs to digest the starches in the grain kernel.

Modern wheat has been bred to have lots more of these proteins. The problem is, amylase trypsin inhibitors in wheat (and possibly other gluten grains) seem to cause inflammation in some people, both in their intestines and elsewhere in their bodies.

Researchers studying these proteins speculate that they could play a role in celiac disease, in non-celiac gluten sensitivity, and possibly in other conditions that are driven by inflammation.﻿﻿

Amylase trypsin inhibitors may contribute to or even cause what people call non-celiac gluten sensitivity. However, right now, they're the least studied of these three possible causes.

While there are genetic combinations that raise the risk of celiac disease, these don't seem to have much influence on developing non-celiac gluten sensitivity. There needs to be more research in this area.

An earlier study by Dr. Fasano found the genes most implicated in celiac disease, HLA-DQ2 and HLA-DQ8, were present in those with gluten sensitivity more often than in the general population, but still only appeared in 56% of patients that met his criteria for gluten sensitivity.﻿﻿

Currently, the diagnosis of non-celiac gluten sensitivity rests on symptoms improving when you are on a strict gluten-free diet (after excluding celiac disease and other causes) and returning if you consume gluten.﻿﻿

It is challenging to maintain a gluten-free diet, especially avoiding cross-contamination. It takes commitment and constant vigilance. Consulting with a dietitian can help you learn what you can eat, what you must avoid, and how to prevent being exposed to gluten.

It's nowhere near clear right now what might cause non-celiac gluten sensitivity. It could wind up being how your body reacts to gluten, FODMAPs, amylase trypsin inhibitors, some combination of the three, or something else entirely. If gluten isn't to blame, but something else in gluten grains is, then people who have the condition might need to follow a diet free of all components of wheat, barley, and rye—not just gluten.﻿﻿

Testing for Gluten Sensitivity and Celiac Disease
9 Sources
Verywell Health uses only high-quality sources, including peer-reviewed studies, to support the facts within our articles. Read our editorial process to learn more about how we fact-check and keep our content accurate, reliable, and trustworthy.
Additional Reading 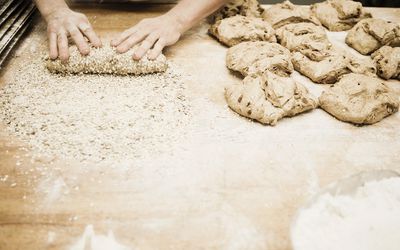 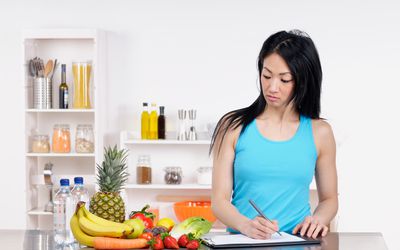