Latent celiac disease is diagnosed when you have inherited the genes for celiac disease but have not yet experienced any signs or symptoms of the autoimmune disorder.

The diagnosis of latent celiac disease is made when blood tests are positive for the condition but a visual examination of your intestines reveals no damage to the villi that line the organ. As such, it is unlike silent (subclinical) celiac disease where there is a loss of villi but no symptoms.

If diagnosed with latent celiac disease, your life will be little affected and you probably won't need to change your diet at this stage. Your healthcare provider may want to schedule more frequent follow-ups simply to ensure that there is no progression or manifestations of the disease.

But that shouldn't suggest, however, that you are entirely out of the woods.

How Latent Celiac Disease Can Affect You

In decades past, it was unusual for someone to be diagnosed with latent celiac disease.

Today, however, with growing awareness about the disease, more and more people are getting tested preemptively if someone in their family has already been affected. Celiac disease is caused, in large part, by one's genetics. Having the HLA-DQ8 gene doesn't necessarily mean that you will get the disease, but it does increase your risk.

According to the non-profit Celiac Disease Foundation, persons with a first-degree relative with celiac disease (such as a parent, child, or sibling) have a one in 10 chance of developing the condition.

If you decide to get tested and are diagnosed with latent celiac disease, you shouldn't assume that you have nothing to worry about. Simply having the gene places you at greater risk of developing the disease at some stage. If this occurs, you may find yourself having to deal with not only celiac disease but other autoimmune disorders, as well.

According to recent research, people who develop the symptomatic celiac disease later in life are twice as likely to have other autoimmune disorders compared to those who develop symptoms in early childhood (34 percent versus 16.8 percent, respectively). The most common of these include autoimmune thyroid disease, dermatitis herpetiformis, lymphocytic colitis, gluten ataxia, and autoimmune anemia.

Going Gluten-Free or Not

It is perfectly reasonable to take a watch-and-wait approach if you have been diagnosed with latent celiac disease. Starting a gluten-free diet is not without its challenges and maintaining one can be difficult if you feel no benefit one way or the other.

With that being said, there have been suggestions that starting a gluten-free diet (or, at the very least, decreasing gluten intake) may reduce the likelihood of disease progression.﻿﻿ Other researchers endorse the use of gluten-free diets in all people with celiac disease irrespective of symptoms or disease classification.﻿﻿

In the end, the choice is entirely yours. While compelling, the evidence in support of gluten-free diets in latent disease is by no means categorical. Speak with your gastroenterologist about the benefits and consequences of a gluten-free diet, and decide what's right for you. 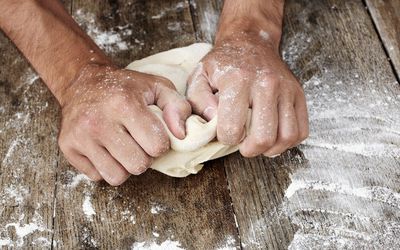