An Overview of Myelosuppression

To understand myelosuppression it's helpful to talk about the function of bone marrow. In the bone marrow, all of the blood cells—red blood cells, white blood cells, and platelets—begin with a single cell type: the hematopoietic stem cell.

Myelosuppression refers to a process that disrupts these stem cells, and. consequently, affects all of the different types of blood cells; red blood cells, white blood cells, and platelets.

The term myeloablation refers to severe myelosuppression in which no blood cells are made.

Myelosuppression can result in decreased production of:

Red blood cells contain hemoglobin, the protein that is responsible for binding with and delivering oxygen to all of the tissues of the body.

White blood cells are our body's defense against microorganisms such as bacteria, viruses, and fungi, as well as cancer cells.

Platelets are responsible for helping blood to form a clot when a blood vessel is broken.

But immunosuppression doesn't always mean myelosuppression. For example, a medication (or another process) may suppress white blood cells or other particular parts of the immune system, but not affect the red blood cells or platelets.

Pancytopenia is another confusing term, and is usually caused by myelosuppression. The term "pancytopenia" refers to inadequate numbers of all the types of blood cells, red blood cells, white blood cells, and platelets.

The symptoms of myelosuppression depend on the underlying cause, the level of deficiency of blood cells, and more.

Low red blood cells counts can lead to fatigue, lightheadedness, weakness, pale skin and nail beds, a rapid heart rate, and shortness of breath. Since red blood cells carry oxygen in the blood to different parts of the body, a low number can also cause symptoms similar to obstruction of a blood vessel, such as angina.

Low white blood cell counts raise the risk of infections. Symptoms are primarily those related to the different types of infections such as a fever or chills, cough, redness around incisions or sores, diarrhea, or pain with urination.

Low platelet counts can result in bleeding. Symptoms may include bruising, nosebleeds, heavy menstrual periods, blood in the urine or stools, or wounds that won't stop bleeding.

There are several ways in which the bone marrow can be disrupted so that it does not produce blood cells, but these can be broken down into three major categories:

Regardless of the method, the result is that fewer blood cells are formed. Sometimes the cause of myelosuppression is very obvious, such as when a person is receiving chemotherapy, and sometimes it is much less clear, and further tests are need to determine which category is involved and then the specific disorder.

The most common cause of myelosuppression is medications that slow the ability of stem cells and specialized descendants to divide and multiply. All of our blood cells are continuously being replenished. Medications such as chemotherapy drugs cause drug-induced bone marrow suppression. Chemotherapy kills off all rapidly dividing cells such as cancer cells, including the cells which become all of the types of blood cells.

The bone marrow may also be crowded by the presence of scar tissue (fibrosis) in conditions such as myelofibrosis.

Instead of being suppressed by a medication, the bone marrow can instead be destroyed by various toxins and chemicals. When this is the case, stopping the drug will not result in the bone marrow again doing its job of manufacturing blood cells.

When stem cells aren't growing and dividing and specializing into the unique types of blood cells (when there is bone marrow suppression or myelosuppression) deficiencies in the type of blood cells are called:

Anemia refers to a deficiency of red blood cells. In addition to the symptoms noted above, an inadequate number of red blood cells can lead to decreased oxygen in the blood and tissues (hypoxia) potentially leading to tissue death (such as in a heart attack).

Leukopenia refers to a deficiency of white blood cells. With cancer, most often people will hear about neutropenia. Neutrophils are the type of white blood cell that is our first line of defense again infections with bacteria, viruses, and fungi (and against cancer cells as well).

The diagnosis of myelosuppression will depend on many factors. In the case of chemotherapy-induced myelosuppression, the cause is often obvious. In other cases, a careful history, physical exam, and imaging studies will likely be done, but laboratory analysis is often the mainstay of diagnosis.

This usually begins with a complete blood count to look at the numbers of each type of blood cell. Blood cell indices (such as MCV, MCHC, RDW, reticulocyte count, and MPV) can give further information about the size, shape, and survival of blood cells (for example, if they are not being made or are instead being broken down). A peripheral blood smear for morphology can provide further information describing the types of cells seen and any abnormalities.

A bone marrow evaluation (aspiration and/or biopsy) is often the next step, and can give direct information as to the quality of the bone marrow, for example, if it is being replaced by scar tissue or cancer cells.

A number of other tests may be done to further clarify any findings or look for causes.

The treatment of myelosuppression including addressing the underlying cause(s), raising levels of blood cells when needed, and treating symptoms related to the deficiencies.

For symptoms related to myelosuppression, treatments may be directed at the specific cell deficiency causing symptoms. For anemia, transfusions, iron supplements, or growth factors may be given. For neutropenia resulting in a risk of infection or presence of an infection, growth factors (such as Neulasta) may be used and the infection treated aggressively with combination antibiotics. For a low level of platelets which raises the risk of bleeding, transfusion may be needed.

If chemotherapy is being used, treatment may need to be delayed until blood counts are restored to adequate levels.

Sometimes low blood counts do not require treatment, yet there are still things you can do to increase your risk. These lifestyle measures are wise even if your low counts are being treated.

For anemia: Getting slowly (to avoid fainting), pacing yourself throughout the day, do some light exercise every day, talk to your healthcare provider about coping with fatigue related to cancer or your underlying condition.

21 Tips for Coping With Cancer Fatigue

For leukopenia: Avoiding crowds, eating only meats that are fully cooked, wearing a mask in public if indicated,

There are many causes of myelosuppression, and determining the cause is important in figuring out the best treatment options. Work with your healthcare provider to understand your diagnosis and determine the best treatment options for you as an individual. And remember that there are things you can do yourself that may reduce any symptoms you experience due to myelosuppression.

How to Advocate for Yourself as a Patient
Sources
Verywell Health uses only high-quality sources, including peer-reviewed studies, to support the facts within our articles. Read our editorial process to learn more about how we fact-check and keep our content accurate, reliable, and trustworthy. 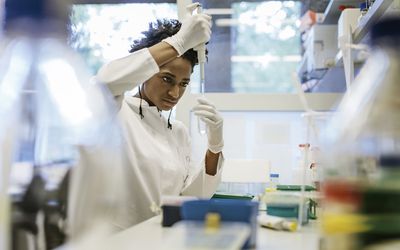 An Overview of Pancytopenia 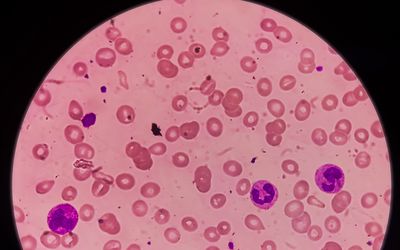