An Overview of Patulous Eustachian Tube

A Rare Condition in Which Auditory Tubes Remain Open

Patulous eustachian tube (PET) is a condition where the eustachian tube in the ear is open most of the time instead of staying closed like it's supposed to. It's an uncommon condition that affects only about 1 out of every 10,000 people. A patulous eustacian tube is not usually a serious medical problem. However, it can cause symptoms that are hard to deal with, such as hearing loud feedback from your voice and breathing.

The eustachian tubes, also called auditory tubes, run from the inner ear to the back of the throat. The tubes are usually in a closed position to protect your inner ear from bacteria, viruses, and fluid.

To equalize pressure and drain any fluid inside the inner ear, your eustachian tube opens once or twice every hour. It will also open when you swallow, yawn, or sneeze, but only remains open for about one-half second. With PET, the tube is dysfunctional and stays open even when it doesn't need to.

This article explains the symptoms and causes of patulous eustachian tube as well as the non-invasive and invasive methods that physicians use to treat it.

If you're experiencing PET, you may have one or more of the following symptoms:

Autophony is the classic, hallmark symptom of a patulous eustachian tube. It is a condition in which you hear unusually loud feedback of your own voice, breathing, and heartbeat. Autophony is a symptom seen with other disorders involving the ear, such as superior semicircular canal dehiscence, an abnormal opening in the ear canal.

Understanding the Two Types of Tinnitus

The causes of PET are what medical professionals call idiopathic, meaning they are of an unknown origin. However, there are several factors that may predispose you to develop chronically open eustachian tubes, including:

TMJ Surgery: Everything You Need to Know

Before receiving treatment, you may find that sniffing or lowering your head can cause some temporary relief of autophony. Mild symptoms may not require any treatment.

However, if the symptoms are severe enough and have persisted for more than six weeks, then you will want to start treatments focused on resolving patulous eustachian tube.

Initial treatments involve proper hydration. Drinking sufficient water is essential and can be supplemented with nasal saline drops or irrigation of the nose to help keep mucous membranes moist.

The most common treatment for a patulous eustachian tube is nasal sprays. Saline is the most common choice in the United States. While many inner ear conditions can benefit from nasal decongestants or steroids, the practice will likely worsen PET symptoms. If this occurs, treatment should be stopped.

If steroids are used, the treatment should be gradually tapered under the supervision of a doctor to prevent a rebound of symptoms and withdrawal side effects. Nasal estrogen creams and other intranasal bulking agents have generated much anecdotal support. But there remains a lack of clinical evidence supporting their use.

When less invasive methods prove insufficient to resolve symptoms of patulous eustachian tube, surgical treatments may be more effective. The most common surgical intervention is the placement of a tympanostomy tube. It holds the ear open, provides ventilation, and allows excess fluids in the ear to drain. This procedure is only about 50% effective and may either help resolve symptoms, make them worse, or do nothing at all.

Unfortunately, there is not enough evidence to predict who may respond positively to the surgical placement of ear tubes. However, ear tube placement is a fairly simple procedure with few side effects. And the synthetic tubes can be removed if they do not provide relief.

Other, more invasive therapies that are being studied include:

Other options include inserting a catheter inside the eustachian tube or conducting musculature manipulation to narrow the eustachian tube. With this procedure, a small tool is used to manipulate the muscles and other soft tissues. While the process does not return normal function to the tube, it does reduce the amount of airflow into the middle ear. And this helps reduce the symptoms of autophony.

There is not enough evidence to predict what type of patients may respond positively to the surgical placement of ear tubes. But it's a fairly simple procedure with few side effects. And the synthetic tubes can be removed fairly easily if they do not provide relief.

Patulous eustachian tube (PET) occurs when the eustachian tube remains open. You may not know you have it unless you are experiencing some red-flag symptoms. These the feeling that your ear is clogged, hearing your own voice in your ear, or experiencing a ringing sensation, a condition known as tinnitus. Of the three, the hallmark symptom of PET is the second one, also known as autophony.

The cause of PET is unknown, though it's thought that certain habits and conditions may predispose you to it, from using nasal decongestants to dropping a significant amount of weight quickly.

Many physicians turn to noninvasive treatments first. These treatments usually involve proper hydration in some form. The most common invasive treatment involves the placement of a tympanostomy tube in the ear. It holds the ear open, provides ventilation, and allows excess fluids in the ear to drain. However, this procedure is effective only about half the time.

Whether or not they've been diagnosed with PET, some people experiencing the symptoms turn to antihistamines or decongestants for relief. In fact, some doctors may even recommend the medications for eustachian tube dysfunction. However, these medications may provide no relief whatsoever. In some cases, they can even make the symptoms worse. If either of these outcomes occur, contact your doctor immediately. 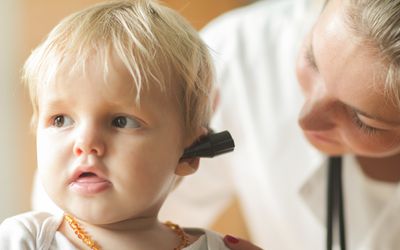 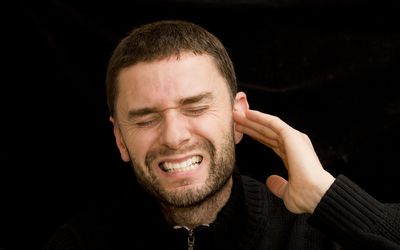 Ear Tube Placement Surgery in Adults: Everything You Need to Know 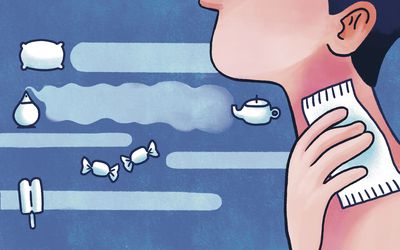 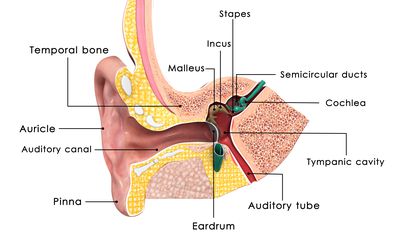 Information for Parents About Ear Tubes