A second primary lung cancer is a new lung cancer that develops in the lungs unrelated to the original cancer. There is also is a type of lung cancer referred to as lung cancer of unknown origin.

This article looks at the different types of lung cancer, their causes, symptoms, and how you can treat and manage each type.

Primary lung cancer is cancer that begins in the lungs and is most often simply referred to as "lung cancer." Your healthcare provider probably won't use the word "primary" to describe it.

Symptoms vary, depending on the type and stage of lung cancer. General cancer-related symptoms including fatigue, unexplained weight loss, and decreased appetite are common.

Symptoms of primary lung cancer can also include:

Complications can include hypoxemia (low blood oxygen level) or pleural effusion (fluid in the space around lungs), which can manifest with shortness of breath.

Cells from a primary lung cancer tumor can sometimes break off and travel through the bloodstream or the lymphatic system. These cells can settle in other organs or regions of the body and begin to grow new tumors. This process is called metastasis.

The most common sites for lung cancer metastases are:

Lung cancer may be diagnosed after it has already spread to other areas of the body. In 40% of people newly diagnosed with lung cancer, tumors have already metastasized elsewhere.

Treatment for cancers that originated from lung cancer tumors depends upon where the cells have metastasized to.

In the same way that a brain tumor that originates from a primary lung tumor is deemed secondary brain cancer, a tumor in the lungs that has metastasized from cancer elsewhere in the body is called secondary lung cancer.

Here, cancerous breast cells, rather than cancerous lung cells, are what form the lung tumor. The same follows for secondary lung cancer due to metastatic liver cancer or pancreatic cancer.

Cancer first appears in one lung. Technically speaking, if cancer spreads to the other lung, the new tumor is considered secondary lung cancer. It will be referred to as a lung metastasis from primary lung cancer. On your lab report, it might say something like “primary lung cancer metastatic to another region in the lungs.”

How Cancer Spreads to Your Lungs and What It Means

Secondary lung cancer may require different treatment approaches than primary lung cancer. Chemotherapy is often the first course of treatment for cancer metastatic to the lung.

Other treatment options may be used, depending on the primary cancer. Options may include targeted therapies, immunotherapy, or a combination of treatments.

Palliative therapy may be used to reduce pain or help manage other symptoms. It can extend survival and improve your quality of life, but it is not offered as a cure.

In an effort to make treatment most effective, researchers have been studying the use of inhaled chemotherapy, which offers some hope of delivering the cancer-killing medication directly to the lungs.

After being diagnosed with lung cancer once, another cancer can later develop in one of your lungs. This type of malignancy is known as "second primary lung cancer" because it appears after an earlier diagnosis and represents a new origin point.

In some instances, this second primary lung cancer may be caused by the treatments you received for your original cancer.

The greatest risk factor for a second primary lung cancer is continued smoking.

Some cancer treatments can also increase your chances of second primary cancers. Chemotherapy and radiation therapy each raise the risk of developing another cancer in a lung or anywhere in your body.

Other factors that impact your likelihood of second primary cancer include inherited gene mutations and exposure to carcinogens such as tobacco smoke.

Hereditary vs. Acquired Mutations in Cancer

Treatment options for a new lung tumor of a different origin are the same as the general treatments available for a first primary lung cancer. The recommended course depends on the type of cancer and what stage it has reached.

Even if all tumors have been surgically removed and your primary cancer is in remission, cancer can recur years later. If the recurrent cancer is the same type of cancer (lung cancer cells with the same mutation), the new appearance will be considered a metastasis from the primary lung cancer, not a new primary or second primary cancer.

Developing two separate, unrelated lung cancers simultaneously may seem very strange, but it's not uncommon. Actually, it is understandable when you consider that the risk factors for both primary tumors are the same.

In this scenario, both tumors would be considered primary lung cancers. It can be difficult at first to know whether two cancers like this are related. Healthcare providers are increasingly making use of advanced testing such as molecular profiling of lung cancers to make these types of determinations.

Cancer of Unknown Primary Cause

Healthcare providers can’t always determine the origin of a lung cancer tumor. Tests may not be able to confirm if the cancer started in the lung or another part of the body. In this instance, the tumor is known as "cancer of unknown primary" or “metastatic cancer to the lungs of unknown origin."

The cells in these tumors are often very undifferentiated, meaning it's challenging to tell what type of cell they were before they became malignant—and, therefore it's hard to identify where they traveled from.

Treatment recommendations are usually influenced by how the cancer originated, so it's helpful to identify the primary cancer. However, even without that information, your healthcare provider may determine treatments which treatments would be best for you.

Primary and secondary lung tumors can produce the same symptoms. But the treatment and prognosis differ for different primary cancers. Your healthcare provider will work with you to determine the origin of your cancer and discuss all of your treatment options. When looking for information about your cancer, or seeking a support group, be sure to look for resources that correspond to your primary tumor, because this is where you will find the information that applies to your situation. 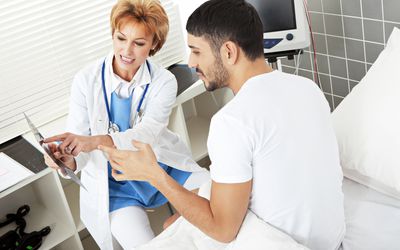 Differentiating Between Primary and Metastatic Tumors 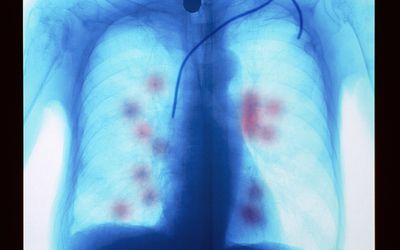