There is no official diagnosis called "late-onset autism." In fact, the DSM-5, which lists and describes all developmental and mental disorders states that the onset of symptoms is in the early developmental period.﻿﻿

So does regressive or late-onset autism actually exist? What do we know about it so far?

Older children, teens, and adults do not develop autism. In fact, to qualify for an autism spectrum diagnosis, you must have symptoms that appear during early childhood (i.e., before age 3).

Thus, if you know an adult or older child who has suddenly, out of the blue, developed behavioral or social communication issues, you are not seeing someone who has acquired autism after a period of normal development.

People who appear to suddenly behave in an "autistic" manner may have developed any one of a number of other mental health issues, some of which do most commonly appear in early adulthood.

Autism-like behaviors may result from a wide range of disorders from social phobia to generalized anxiety to obsessive-compulsive disorder. These are serious disorders that have a significant impact on an individual's ability to function effectively, make or keep friends, or hold a job, and they should be treated. But they are not autism.

Next, it's important to distinguish between a late recognition of symptoms and late onset of symptoms. According to the DSM-5 diagnostic criteria: "Symptoms must be present in the early developmental period (but may not become fully manifest until social demands exceed limited capacities, or may be masked by learned strategies in later life)."﻿﻿

In the case of high-functioning autism, for example, it's not unusual for a child (or even an adult) to receive a diagnosis much later than most children are diagnosed with autism—but that's not because symptoms suddenly developed. Rather, the symptoms are so subtle that it's only with time that their impact becomes obvious.

"Masked" symptoms are particularly common among girls, who are more likely to, for example, follow others' lead or become very passive in order to avoid being identified as "different."﻿﻿

Regression Can Be Real or Apparent

Over the past few years, there have been some debates as to whether regression, in which there is a loss of acquired communication or social skills, is a real phenomenon or an apparent one. Some have wondered whether parent reports were exaggerated.

Video records, however, combined with studies, make it clear that at least some children do in fact regress into autism while others either show signs of autism in infancy or "plateau" in their development.

A relatively new set of studies looking at the younger siblings of children with autism in their earliest months are discovering that subtle regression is quite common.﻿﻿ While parents may notice issues such as loss of language or eye contact, researchers are noticing small losses in the areas of motor skills and response to social cues.

Such regression typically occurs before age 3. According to researcher Lonnie Zwaigenbaum, "upwards of 20% to 30% recall a period when their children lost social and communication skills in the second year of life."﻿﻿

At present, no one knows exactly what causes regression, but according to developmental-behavioral pediatrician Paul Wang, “We understand now that regression is common. It starts early, and it can affect many different developmental skills." 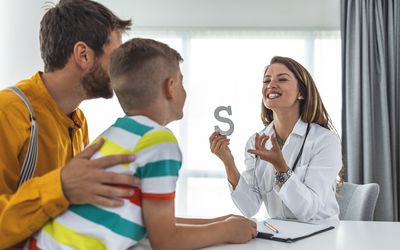