Though sometimes challenging, social interaction can be beneficial for someone with Alzheimer's disease. But it can also sometimes be triggering, making a tough situation potentially worse for everyone involved.

Understanding more about Alzheimer's and dementia may help explain some of the interactions you may be having with a loved one who has been diagnosed. It can also help guide you as to what not to do or say to someone with Alzheimer's, so your encounters can be better for the both of you.

This article lists six things to avoid when interacting with someone with Alzheimer's disease and why doing so can be helpful.

If you're not sure how to interact with someone with obvious signs of dementia, it's OK to feel awkward. What doesn't help is shutting down and not making an effort to interact.

The same applies if you suddenly start cutting back on visits because you're feeling uncomfortable.

According to a 2018 study in the Journal of Biomedical Science, social interaction is vital to people with Alzheimer's as it can improve memory loss by increasing synaptic plasticity (the ability of nerve cells to communicate with each other). By contrast, a lack of social interaction can accelerate memory loss and cognitive decline.

Both quality and quantity count when it comes to the social interactions a person with Alzheimer's needs. This may not always be easy or without stress, but the more you put in, the more you get out.

Don't Assume They're Confused All the Time

Even though someone has Alzheimer's may have episodes where they forget or fail to recognize things, they may still have frequent moments of clarity. This is referred to as transient terminal lucidity.

While the moments may be fleeting, they can be ones in which memories and communications skills are suddenly intact. This may include memories of interactions you recently had.

Don't assume that you can say whatever you want around them "because they won't remember it anyhow." In truth, they might.

Even if someone with Alzheimer's doesn't fully understand what you are saying if you are arguing with someone else in the room, they may respond with upset or sudden outbursts. People with the disease can be extremely sensitive to change in their environment.

Just because someone with Alzheimer's may need a lot of care doesn't mean you should treat them like a child.

In the end, Alzheimer's is a neurodegenerative disease that causes a decline in memory and cognition, the process of acquiring knowledge and understanding through thought, experience, and the senses.

Alzheimer's doesn't mean that a person is "reverting to childhood" given that children have the ability to grow their cognitive skills. By contrast, people with Alzheimer's struggle to retain those skills.

People who interact with someone with Alzheimer's may knowingly or unknowingly engage in "elderspeak" in which they talk down to that person. This is not only disrespectful, but counterproductive.

It fails to recognize that interacting intellectually is of greater benefit to someone with Alzheimer's than communicating as if to a child.

It is not uncommon for someone to want to quiz someone with Alzheimer's to find out how "bad" their condition is or to see if they are worsening.

Doing so is not only unhelpful but fails to recognize that the symptoms of Alzheimer's can fluctuate. There is rarely a straight line when it comes to the progression of the disease.

Avoid asking things like "What is my name?" or "What day is it?" This can cause extreme anxiety, which can lead to agitation, restlessness, and extreme upset.

Don't Focus on What They Are Unable To Do

Watching a loved one in decline can be distressing and make you feel an extreme sense of loss. Acceptance of these changes can be difficult, but holding onto the loss neither helps you nor your loved one with Alzheimer's.

Rather than focusing on what they can no longer do, focus on the things they can and engage with them on that level. This may involve playing games or pursuing activities they can manage, like walking, playing puzzles, dressing up, or combing their hair.

It is important to remember that the Alzheimer's journey is not the same for all people. While memory loss is common, certain long-term memories may be retained. Similarly, some facets of cognition may be preserved, including the ability to recognize and respond to stimuli like touch or smell that offer your loved one comfort or pleasure.

Don't Assume They Choose to Be Difficult

In the later stages of the disease, people with Alzheimer’s will sometimes lash out for no obvious reason. This can manifest with screaming, cursing, insults, pushing, hitting, and throwing things. As much as the attack may seem directed at you, they're usually not.

No one can really say why these outbursts occur, but it is thought that they represent frustrations or fears that cannot be communicated in a rational or cohesive way.

The causes are many and may include:

Rather than taking the attacks personally, it is best to step back and try to identify the triggers that set off the outburst. By doing so, you may be better able to avoid future outbursts and, in turn, improve the quality of life of your loved one. 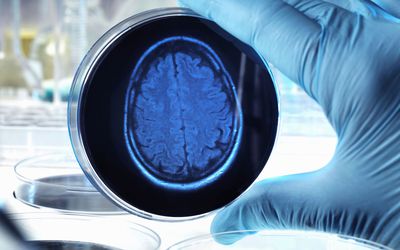 The 4 A's of Alzheimer's Disease 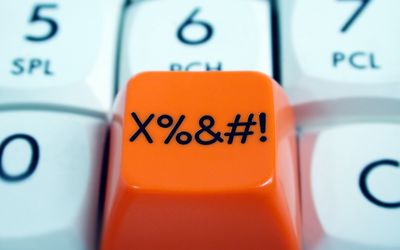 Relationship Between Foul Language and Dementia 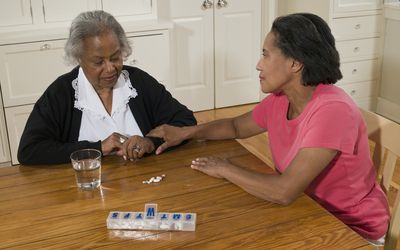 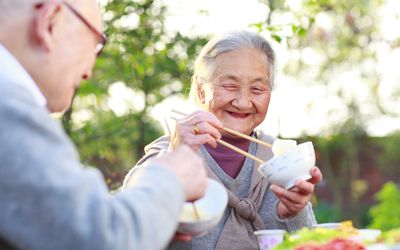 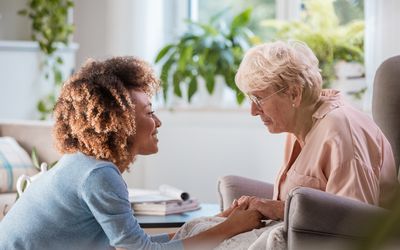