If you have an intrauterine device (IUD), you will eventually have to get it removed. If you're nervous about having it taken out, know that an IUD removal is often easier, less painful, and quicker than an IUD insertion.

This article will cover why you might want or need to have your IUD removed. It will also go over what happens during the procedure, including the potential complications you should know about.

What to Expect When You Get an IUD

One of the main reasons that an IUD needs to be removed is that it's reached its "expiration date."

An IUD will not be effective after a set amount of time has passed. If you want to continue using it for birth control, you'll need to have it replaced.

Each brand of IUD lasts a certain number of years. Not replacing it with a new one means that your birth control may not be as effective.

If you're using an IUD for birth control, it's important to get it replaced before it stops providing you with protection. Getting pregnant while you have an IUD can have serious complications like infection and pregnancy loss.

What Happens If You Get Pregnant When You Have an IUD?

How long an IUD lasts before it needs to be replaced depends on which one you have:

The Different Kinds of IUDs

Other Reasons for IUD Removal

There are several reasons you may want or need to have your IUD taken out, including:

An IUD can be removed at any time. However, having your IUD out might be easier when you're on your period because the bottom part of the uterus that opens to the vagina (the cervix) moves lower and widens a bit.

Before making an appointment to have your IUD taken out, you'll need to think about when you last had intercourse.

Since sperm can live in the vagina/uterus for up to five days, you may need to wait to have your IUD taken out if you do not want to get pregnant right away.

To avoid pregnancy, do not have sex the week before your IUD removal day.

If you continue to have sex up to your appointment, make sure that you use a condom or other non-hormonal birth control method.

How to Choose a Birth Control Method

You can have a new IUD put in right after your old IUD is removed. Both procedures can be done at the same visit, as long as there are no complications.

What Happens During IUD Removal

Just like during your IUD insertion, your provider will start the IUD removal process by figuring out the position of your uterus.

From start to finish, removing an IUD only takes a few minutes.

Is An IUD Right for You?

Will Having My IUD Removed Hurt?

When you had your IUD put in, it may have hurt a lot. You may have had cramps during and after the procedure.

Having your IUD taken out usually doesn't hurt as much. You may have some discomfort as the IUD is being removed and a little cramping after.

An IUD removal usually goes well and there are no problems. However, it is possible for complications to happen.

If your IUD strings are missing, they probably moved up into the cervical canal or uterus.

If they cannot visualize the IUD strings, your healthcare provider will likely try to locate the IUD by using an ultrasound, which is an imaging test used to see organs and tissues but can also visualize IUDs

If the strings have slipped up into your cervical canal or uterus, your provider will try to gently pull them out with forceps or an IUD hook.

Once the strings have been pulled into your vaginal canal, the IUD removal can continue.

If your IUD strings cannot be located but your provider has confirmed that the IUD is still in the right place, they may try to take it out using forceps or an IUD hook. If this cannot be accomplished, a procedure called a hysteroscopy can be done to visualize and remove the IUD.

What to Do If You Can't Find Your IUD Strings

Very rarely, an IUD may be difficult to pull out because it has become stuck in or gone through the uterine wall, which is also called perforation.

Your provider can use different imaging techniques, like an ultrasound or X-ray to determine if this has taken place. If your IUD is stuck in your uterus, your doctor may need to remove it surgically, if they are unable to get it out with forceps. It also needs to be surgically removed in the very rare cases where it has moved outside the uterus.

If the IUD is stuck in your uterus and your provider is not able to pull it out with forceps, you may need to have it removed surgically.

Do IUDs Cause Infertility?

You may want or need to have your IUD taken out for several reasons. For example, it might be time to replace the IUD or you may want to get pregnant.

Your IUD can be removed at any time, but your provider might suggest doing it when you have your period because your cervix widens during this time.

During the IUD removal procedure, your provider will use tools to grasp the strings of the IUD and gently pull it out. If you want to have another IUD, it can be put in as soon as the old one is removed.

Sometimes, an IUD removal can have complications. For example, your provider may not be able to find the strings or the IUD might be stuck in the wall of your uterus.

It's rare, but if your provider can't get the IUD out, you might need to have it removed surgically.

Tips for Choosing an IUD

Can Teens Get IUDs?
11 Sources
Verywell Health uses only high-quality sources, including peer-reviewed studies, to support the facts within our articles. Read our editorial process to learn more about how we fact-check and keep our content accurate, reliable, and trustworthy. 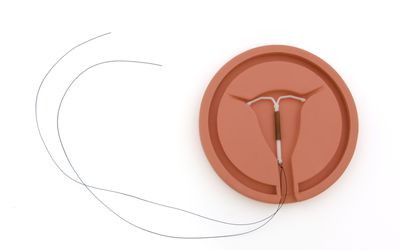 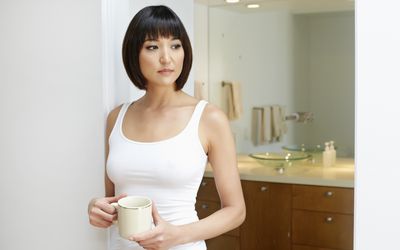 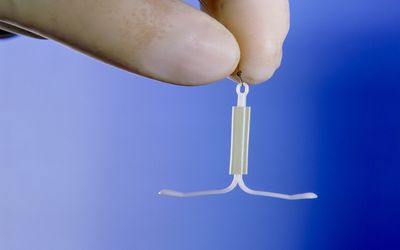 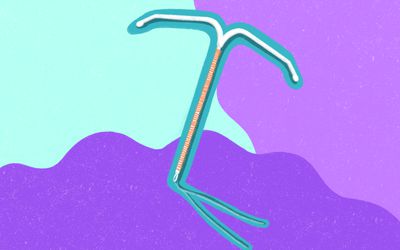 Can You Become Pregnant With an IUD In? 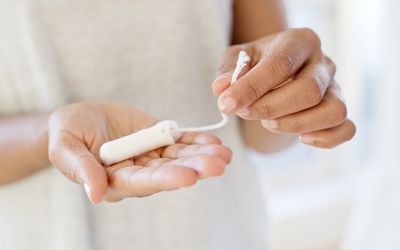 How to Insert a Tampon