What You Should Know About a Pancreaticoduodenectomy

Sherry Christiansen
Sherry Christiansen is a medical writer with a healthcare background. She has worked in the hospital setting and collaborated on Alzheimer's research.
Learn about our editorial process
Medically reviewed by David Strosberg, MD

David Strosberg, MD, is board-certified in Vascular and General Surgery and is an assistant professor of surgery in Yale-New Haven Hospital's Vascular and Endovascular Surgery Division.

The surgery involves several procedures in one operation to remove various parts of the gastrointestinal tract commonly involved in the spread of pancreatic cancer (such as the small intestine, gallbladder, and sometimes the stomach).

Recovery from Whipple surgery can be challenging. It usually takes two or more months to recover from such an operation, to reestablish one’s ability to digest food, regain the weight that is commonly lost, and overcome the fatigue and stress that often occur after this type of surgery.﻿﻿﻿

What Is a Whipple Procedure?

The Whipple procedure is actually several procedures in one operation. It involves various organs of digestion and the gastrointestinal tract.

Organs Involved in a Whipple Procedure

The following organs (or portions of them) are removed during a Whipple procedure, and then reconstruction is done to connect the portions of the digestive system to allow function after recovery.

Head of the Pancreas

The pancreas is a 6-inch-long, flattened organ located in the upper-right side of the abdomen (behind the stomach). It secretes enzymes needed to break down ingested fats, proteins, and carbohydrates during digestion.

Although the head of the pancreas is removed during a Whipple procedure, there is normally enough of the organ remaining (the two other portions) to produce the necessary digestive enzymes (such as lipase and amylase) and hormones (insulin and glucagon) that regulate blood sugar.

Most of the duodenum is removed in the Whipple procedure. The duodenum, the first segment of the small intestine, is responsible for accepting the food you eat (from the stomach) and moving nutrients into the lower segments of the small intestine. It also accepts bile from the liver via the common bile duct (to be used to break down and digest fats).

The gallbladder and part of the common bile duct are removed in the Whipple procedure. The bile ducts are a system of thin tubes that carry bile from the liver and gallbladder into the small intestine to help breakdown fat from food.

Part of the stomach (in some instances) is also removed in a Whipple procedure.

The reconstruction phase of the Whipple procedure involves reconnecting portions of the gastrointestinal tract, including:

The standard Whipple procedure is an open surgery done under general anesthesia. Two variations are common.

When the pyloric sphincter is removed, this can increase the incidence of a condition called dumping syndrome, when food moves too quickly into the small intestine from the stomach, causing nausea, abdominal cramps, and diarrhea.

Both the standard Whipple procedure and the pylorus-preserving Whipple surgery normally take approximately five to seven hours to complete.﻿﻿

A few select people may qualify for a laparoscopic Whipple procedure, which involves very small incisions in the abdomen and introduction of a laparoscope (a small thin tube with a camera on the end).﻿﻿﻿

The surgeon performs this type of procedure using the laparoscopic images (shown on a monitor) as a guide. Compared to conventional surgery techniques, laparoscopic surgery offers many benefits, including:

Contraindications are specific situations in which a surgery (or a drug or procedure) should not be performed because it could result in harm to a patient.

The contraindications for a Whipple procedure include:

Determining if a person is eligible for a Whipple procedure is not an easy undertaking, regardless of imaging testing using very advanced technology and sophisticated equipment

In some instances, the surgeon may attempt to perform a Whipple procedure, only to begin the surgery and find out a cancer has spread and cannot be removed. At that point in time, the planned Whipple procedure will not be performed.

The Whipple procedure is not contraindicated in adults over the age of 75. In fact, a 2017 study found that the outcome of this surgery was similar in older and younger patients.

The study authors wrote: “The selection of patients is of utmost importance to obtain the best surgical and oncological results. Our analysis demonstrated that post-operative results are similar in patients aged below and over 75 years of age.”

There are several potential risks of having a Whipple surgery. The most common complication after surgery is leakage of pancreatic fluid from the surgical incision.﻿﻿ When this occurs, a drain is usually inserted through the skin to allow for drainage of the fluid for several weeks after the procedure.

Other risks of Whipple surgery include:

There are several reasons for a Whipple procedure. These include:

There are many things a person can do to prepare for Whipple surgery. These include:

On the day of surgery, you can expect to:

Whipple Procedure: What to Expect on the Day of Surgery

It often takes two to three months to recover from a Whipple procedure, In rare cases, the recovery period can take up to six months.﻿﻿﻿

After surgery, you won’t be able to eat or drink, and the process of getting back to being able to digest food normally is often very slow. The gastrointestinal system will need time to recover.﻿﻿﻿ You will receive specific instructions from your surgical team on exactly what and when to eat.

The most important thing to keep in mind in recovery is that everyone is different. There is no way to gauge for certain exactly when a person will begin to be able to eat and digest food. Things to expect during post-surgery recovery are:

When to Call Your Doctor

After you are discharged from the hospital, be sure to contact your healthcare provider if you have:

Long-term care after a Whipple procedure may include:

Anyone with a tumor located in the head of the pancreas that has not spread to another area of the body and is capable of being surgically removed is a potential candidate for a Whipple procedure.

In spite of the fact that 20% of those with pancreatic cancer should be eligible for a Whipple procedure, nearly half of those who should be deemed eligible are informed that surgery is contraindicated for them. Therefore, it’s very important to seek out a healthcare professional who specializes in performing pancreatic surgery.

In fact, according to the Pancreatic Cancer Action Network, any surgeon who is making a recommendation for a Whipple procedure should have significant experience performing pancreatic surgery: look for a high-volume surgeon who performs at least 15 such procedures each year. 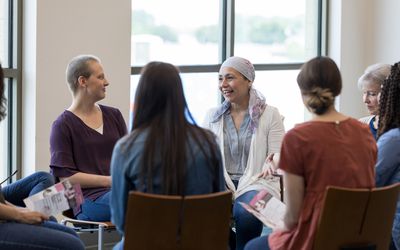 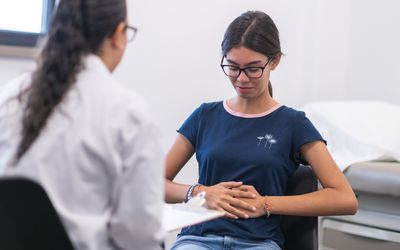