Heidi Moawad, MD
Heidi Moawad is a neurologist and expert in the field of brain health and neurological disorders. Dr. Moawad regularly writes and edits health and career content for medical books and publications.
Learn about our editorial process
Medically reviewed
Verywell Health articles are reviewed by board-certified physicians and healthcare professionals. These medical reviewers confirm the content is thorough and accurate, reflecting the latest evidence-based research. Content is reviewed before publication and upon substantial updates. Learn more.
by
Lauren Schlanger, MD

Whole exome sequencing (WES) is a process used to identify changes in your genes. This method is relatively new. As technology advances, further research and more practical uses are expected to emerge.

Genetic testing is becoming very common. You can buy products that use hair or saliva samples to pinpoint certain genetic traits and to learn which ethnic backgrounds are part of your ancestry. WES is a bit different because it is used to identify abnormalities in all of your genes.

This article looks at how the WES works and what role it may play in your overall health care.

WES can be used to look for patterns to find the genetic cause of a medical disease. It helps to know some basics about genetics if you are thinking about using WES. Here are a few.

Your chromosomes are molecules that contain your genetic code. (You have 23 pairs of chromosomes—these are also called DNA molecules.) They are made up of long strands of nucleotide molecules. Your body reads these gene sequences in order to produce key proteins.

All of your body’s traits are formed through the making of proteins that were coded by your genes. All of this genetic coding, for all of your 46 chromosomes, is called your genome.

A Breakdown of Genes and DNA

The parts of a DNA molecule that code for genes are called exons. They are mixed with introns, which are nucleotide sequences that do not code for traits. One gene may have several exons that code for more than one protein. Exons account for only 1% to 2% of your total DNA.

Each exon begins with a nucleotide sequence that signals a start to making protein, and ends with one that tells it to stop making proteins.

Changes in DNA molecules account for the variations in traits among all people. Some of these variations may be linked with medical conditions and are important to good health. Genetic tests are used to find out more about the genes we have, or specific changes linked to a disease. The WES test looks at the entire collection of genes called the exome.

All of the exons in your entire set of chromosomes are referred to as the exome. WES, then, looks at your whole exome to identify changes that could be responsible for a disease or a health problem.

WES is quite thorough, and it looks at all of the genes in your body. Keep in mind, though, that it does not examine introns at all. Introns may have some effect on your body, but scientists do not yet fully understand this effect. It is not now thought to be as critical as the influence of exons.

What Is Genetic Testing?

WES uses a blood sample to analyze your genes. Every cell in your body has a full copy of all 46 chromosomes, so blood cells work fine for this type of test.

WES testing uses a molecular technique called hybridization. It compares the nucleotide sequence of the sampled DNA with a standard or “normal” DNA sequence.

WES can pick up on mutations that are already known to cause disease. It can also detect changes in your genetic code that have not already been linked to a disease.

Where to Get Tested

There are many labs that run WES. If your healthcare provider wants this done, you might have your blood drawn at your practitioner’s office and the sample can be sent to a specialized lab for its reading.

You may decide to get the test without a healthcare provider’s order. If so, you can contact a lab that does WES testing directly and ask them for their instructions on how to do the testing.

If you or your child is going to have WES done, you need to be aware of the implications. There are a variety of things to consider before undergoing WES. They include privacy concerns, but also how you will handle what you now know about yourself. This is one area where you may wish to make a genetic counseling appointment, and have professionals discuss what the findings mean for you.

Your genetic results can become a part of your medical record, especially if a healthcare provider orders your test and if your health insurance is paying for it. Your health insurance company, the company that runs the test, and potentially any of their vendors could learn whether you carry the genes for any known genetic trait. So could anyone who hacks into their computers, or otherwise finds the data.

In some cases, that may mean family members. The results of genetic tests also have implications for people who are related to you and share your genetic makeup. There are laws to protect your privacy and regulations that prevent pre-existing conditions from affecting your health coverage. However, this level of data is unprecedented, and there may be personal or professional impacts.

Some people worry that genetic tests will reveal more about their health than even they wanted to know. It's good to remember that these tests don't show you your medical future. That's only the case with a few specific conditions in extremely rare cases, such as Huntington's disease.

What WES can do, though, is reveal that a person has a higher risk for some medical disorders. In fact, more than one abnormality may be found because WES testing is so thorough.

Many of these genetic changes will never lead to a specific disease or condition. It's also likely that no one would even be able to tell what WES results mean for a person's future, or which genetic "abnormalities" would cause disease.

There are many things the WES can tell you about your genes, but there is one thing it cannot do and that's tell the future. It's important to remember the genetic test is not an "early" diagnosis.

Deciding on a Test

There are several similar genetic tests that evaluate your chromosomes differently than WES, and there are strengths and weaknesses for each different type of test.

Chromosomal analysis may also be called karyotyping. This test can analyze all of your chromosomes to see if there are changes, like an extra copy or a chromosome that's missing. It also can find structural changes, like longer or shorter chromosomes.

Karyotyping can identify conditions such as Down syndrome, with its extra copy of chromosome 21. It cannot, however, find small mutations in a gene.

Also called microarray genetic testing, this study compares a small section of your DNA to known genes or to a selected DNA sequence. It finds changes or known mutations in a specific area on a chromosome.

These tests are useful if you already have symptoms of an illness that is caused by a genetic mutation in a known location of a chromosome. Examples include Huntington's disease, as mentioned earlier, as well as some breast cancer genes.

WES is not the right test to look for a specific gene change, such as the BRCA2 mutations identified in some cancers.

As with other kinds of genetic tests, WES may deliver results that seem alarming or that are hard to understand. The field of genetics has grown so quickly that it feels hard to keep up, but there are professionals trained in genetic counseling to help you sort through such personal information.

Whether you're concerned about cancer after some troubling test results, or you want to be sure about a pregnancy given your own family history, a genetic counselor can help explain why a test is needed. Many are trained in prenatal care, pediatrics, oncology, and other specific medical fields.

They are not doctors, at least in most cases. But they are a key part of your medical care, and ready to discuss the test results and what they might mean moving forward. Your healthcare provider may be able to connect you with one. You also can check with the National Society of Genetic Counselors through their online database to find one, or with a similar local or national group.

The field of genetics is changing the approach to medical care, and people know more than ever about how genes affect their health. That will only become more true in the future.

For now, there are a number of tests including the WES. These genetic tests may be used for a range of different reasons, but they're all meant to help you protect your health or understand why it changed. The results may cause a new set of challenges, but your healthcare provider can help you know what the tests are, what the results mean, and what to do next.

WES is still a relatively new method of genetic testing and it isn't yet clear how it can best be used. If treatment for a genetic condition is targeted, as in the case of many new drugs, you may have a lot to gain through the test. Even if the tests don't change your care, they still may help with your prognosis or with advice for at-risk family members. But it's a lot of information, so be sure to carefully think about what you're going to do with it.

How Genomic Testing Uncovers Diseases
Sources
Verywell Health uses only high-quality sources, including peer-reviewed studies, to support the facts within our articles. Read our editorial process to learn more about how we fact-check and keep our content accurate, reliable, and trustworthy. 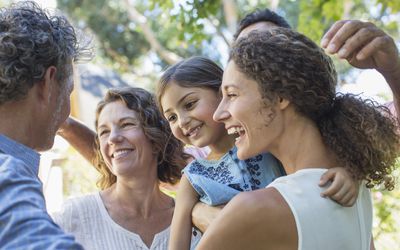