New variants of the SARS-CoV-2 virus have been detected around the world. One question is whether the COVID-19 vaccines being rolled out will be effective against the new strains. Another concern is whether the new variants will mean more cases of reinfection.

What Is a Variant?

Robert Bollinger, MD, MPH, a professor of medicine at Johns Hopkins University, tells Verywell that “a variant is when those mutations occur sufficiently, or in a place in the virus that causes the virus to function differently."

A variant is when those mutations occur sufficiently, or in a place in the virus that causes the virus to function differently.

“The other kind of change that we worry about is when that mutation leads to a variant that is less likely to be blocked by the immune response that we might have against an earlier variant," says Bollinger. "So that's the [concern] with vaccines and some of these variants, and it's also an issue with reinfection.”

There are three main new variants of SARS-CoV-2 (the coronavirus that causes COVID-19) that have been making headlines: the U.K. variant (B.1.1.7), the South African variant (B.1.351), and the Brazilian variant (P.1).

While these variants are named for where they first appeared, they have now been found around the world.

The U.K. variant is known to be far more infectious than the virus that was circulating at the start of the pandemic, Nicolas Vabret, PhD, an assistant professor of medicine at Mount Sinai, tells Verywell.

Research suggests that the U.K. variant may be up to 70% more transmissible. According to Vabret, the variant “is more infectious because…its ability to bind to cells is enhanced."

Recent research has also suggested that the U.K. variant carries an increased risk of hospitalization and death.﻿﻿

What Does the U.K.'s New COVID-19 Strain Mean for Transmission?

The South African variant was first detected in late 2020 and was found in the U.S. in early 2021. The Brazilian variant emerged in late 2020 in Manaus, the largest city and capital of the Amazon region. Manaus was a hotspot during the first wave of the pandemic.

The South African and Brazilian variants share some of the same mutations on the virus’ spike protein which may help it evade the immune response and latch more tightly onto human cells.

How Concerned Should We Be About Reinfection?

Research on the variants is being conducted around the world every day. It's still too early to draw definitive conclusions about which variants pose the greatest threat of reinfection.

The good news so far is that reinfection seems to be rare.

Vabret points to the situation in Manaus, Brazil. “Many people thought that Manaus would be protected by herd immunity. It was really, really surprising to see that the new wave of infection happened in Manaus, and a lot of people infected had the variant.”

Data from the region indicates that 76% of the population had been infected with SARS-CoV-2 by October 2020, which means that a level of “herd immunity” against COVID-19 was expected.﻿﻿

However, as of January 2021, there has been a significant increase in the number of COVID-19 hospital admissions. The increase has raised concerns about SARS-CoV-2 variants evading “immunity generated in response to previous infection” or that immunity against infection may not last as long as hoped.

New COVID-19 variants mean that reinfection is possible, though it is too early to tell how likely reinfection will be. For now, experts say that it's critical for everyone to continue to follow COVID-19 prevention measures including wearing a mask, socially distancing, and getting a vaccine when it becomes available.

“We’re starting to see some variants, particularly from South Africa and from Brazil, that have changes that seem to be creating a situation where some people can get reinfected,” Bollinger says.

Bollinger offers an explanation of reinfection: Once you've been infected with SARS-CoV-2, your immune system revs up and your body makes antibodies and other immune responses that should protect you from the virus should you come into contact with it again.

However, if you come into contact with a new variant that behaves in a way that isn’t blocked by your immune system, you’re at risk for reinfection.

“We don't exactly know how many people can get reinfected or what's involved," Bollinger says, "But the virus has made a mutation that, at least in some variants, allows it to perhaps reinfect people.”

Bollinger adds that there are two ways people can potentially get reinfected: viral mutations that evade the immune system and waning immunity.

“People that were infected last January, at least potentially, could get infected to a very similar strain," Bollinger says. "It doesn't have to be a significant difference [because] perhaps their immune responses have dropped off over a year."

Bollinger says that either situation could explain reinfection but adds that "the good news so far is that reinfection seems to be rare.”

Will Vaccines Work Against Variants?

It’s completely normal to worry if existing COVID-19 vaccines will protect against new variants of the virus. South Africa suspended its use of the Oxford-AstraZeneca vaccine—a DNA vaccine—after experts found that it had little effect on the B.1.351 variant.

The U.K. and the South African variant each have multiple mutations in the virus's spike protein, which may affect how effective mRNA vaccines like the Pfizer and Moderna vaccines are at protecting against COVID-19.

Experts say that the mRNA vaccines might also offer some protection against the South African variant as well—even if it's to a lesser degree.

Vaccine developers can also create “boosters” or tweak vaccines based on new variants.﻿﻿ Bollinger says that scientists are looking hard at "new types of vaccines that would be hopefully effective against all different variants, so a sort of a universal vaccine."

For now, Bollinger stresses that COVID-19 prevention measures are still crucial—even after someone has received an initial dose of the vaccine. “As long as we let this virus keep spreading by not wearing masks and not distancing, the virus is going to mutate, and these new variants are going to spread. We're just going to make it harder for the vaccine to have its benefit.”

How To Protect Yourself From New COVID-19 Variants 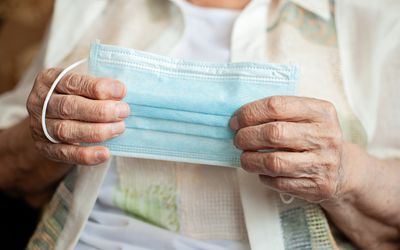 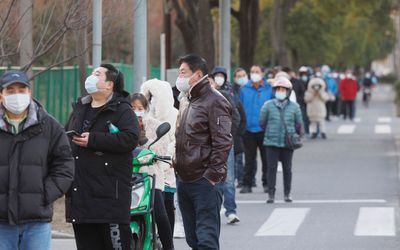