Is Yoga or Pilates Better for Back Pain?

Many people rave about Pilates, claiming that it saved their back or improved their posture in a significant way. Others love yoga, saying nothing else comes close to giving them the pain relief they seek.

But when it comes to these two popular forms of exercise, is one method better for your back than the other?

A Brief History of Yoga

The 3,000-year-old Indian practice first appeared in Yoga Sutras, considered the foremost text on the subject and written before 400 CE.﻿﻿ While it's popularly known for it's flowing movements, yoga also prioritizes conscious breathing, meditation, lifestyle and diet changes, and visualization practices. Beyond building strength, flexibility, and muscle, yoga was intended to cultivate compassion, self-control, and calm.

Yoga came to the U.S. in 1893 before different iterations flourished in the 20th century.﻿﻿ Today you can find studios offering classes for vinyasa, hatha, Ashtanga, kundalini, yin, and other forms of yoga.

A Brief History of Pilates

Joseph Pilates, the founder of the epnoymous method, evolved his work from a background in bodybuilding, yoga, wrestling, boxing, gymnastics, and martial arts. Self-educated in anatomy, he became a nurse-physiotherapist during World War I, during which he rigged bedsprings to provide supported movement exercises to sick and injured people. This was an early model of the reformer machine—a specialized piece of spring-driven Pilates equipment—that we know today.﻿﻿

He called his method "contrology," focusing mainly on the core, which he called the body's "powerhouse." If you're familiar with both Pilates and yoga, you may have noticed some similarities between the two.

An example of a yoga posture that may have been adapted for Pilates is the elephant. Performed on the reformer, the move looks a lot like Downward Facing Dog in yoga but can feel quite different while you are performing it. Because the movement of the lower extremity is involved, the elephant is great for releasing low back muscle tension, increasing awareness of hip joints as well as the shoulder girdle. It also works the core muscles.

While strengthening the core is one of a number of benefits in yoga, it's the primary intention in Pilates. Both systems will likely increase flexibility, strength, balance, and coordination; both can be helpful in reducing or preventing back or neck pain.

The Research on Pilates for Back Pain

A 2011 review looked back on nearly 15 years of research and concluded that while more studies need to be performed and quality of results depends greatly on factors like instructor expertise, there's promise for using Pilates as a means of relief for back pain.﻿﻿ Across multiple studies, participants who took part in a Pilates regimen experienced less back pain, no matter their age or athletic level.

On the other hand, a 2013 review reported that the small number of studies, as well as poor quality of the studies, precluded the authors from recommending Pilates for reducing pain and disability in people with chronic low back pain.﻿﻿

Similarly, a 2015 Cochrane Database Review could not find conclusive evidence that Pilates is superior to other forms of exercise for low back pain.﻿﻿

The Research on Yoga for Back Pain

For yoga, the picture research paints is a little brighter. A 2015 review published in the International Journal of Yoga looked at six studies involving 570 patients. The researchers found that in the short term, Iyengar may be effective for treating chronic spinal pain. The review, however, did not find evidence for yoga as a back treatment in the long term.﻿﻿

Similarly, a 2013 study published in the Clinical Journal of Pain found strong evidence that yoga is effective in the short term. It also found moderate evidence for long-term use. The researchers recommend yoga as an "additional therapy for low-back pain."﻿﻿

Ultimately, the choice between yoga and Pilates for reducing back pain may be personal preference. If you'd rather mix your physical healing with a spiritual experience and breathwork, yoga may be for you. But if staying in the physical realm with your exercise routine sounds more palatable, consider Pilates. And a combination of the two may give you a more well-rounded wellness routine. 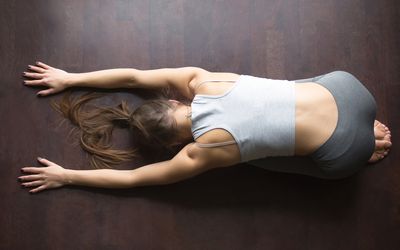 How Yoga Can Help With Back Pain 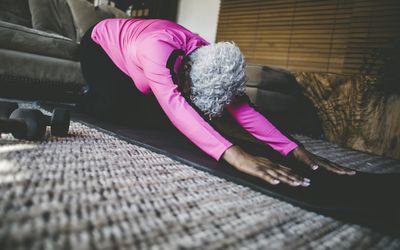 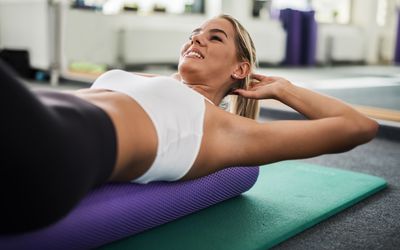 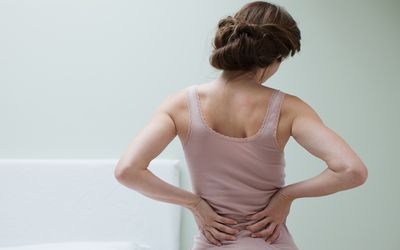 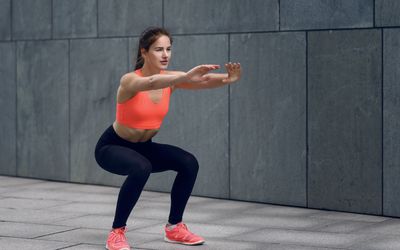 How to Do Squats for a Healthier, Happier Low Back 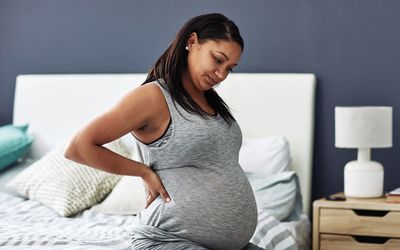 What Is Lower Back Pain in Pregnancy? 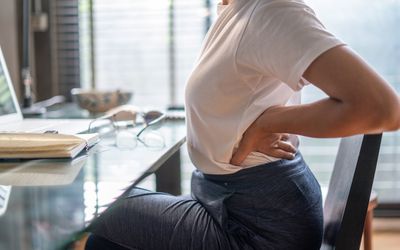 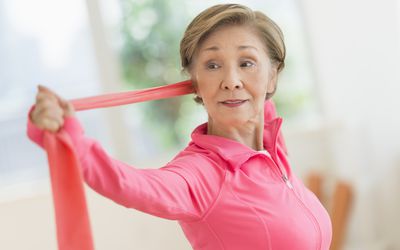 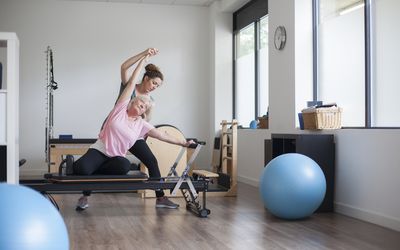 Benefits of Pilates for Osteoarthritis 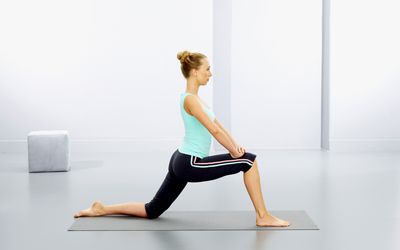 9 Ways to Improve Posture and Alignment 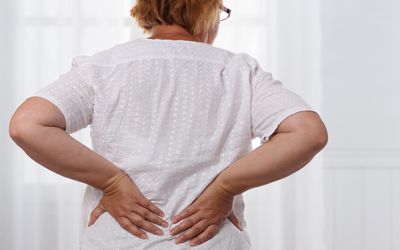 Losing Weight for Back Pain Relief 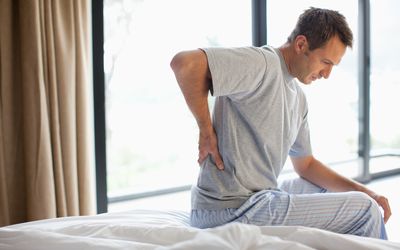 Natural Remedies for Back Pain Relief