The Zika virus is transmitted by mosquito bites. It can also be passed from a pregnant mother to an unborn baby, transmitted from person to person through unprotected sex, and infected blood may pose a small risk as well.

By understanding how the Zika virus is passed, you will be better able to protect yourself and others from harm.

The Zika virus is a member of the virus family Flaviviridae and is closely related to other mosquito-borne viruses such as those that cause dengue fever, yellow fever, and Japanese encephalitis.

The primary carrier of the virus, the Aedes aegypti mosquito, is unusual in that it is most active during the daytime hours. It thrives in subtropical and tropical climates and can be found in much of South America, Central America, Central and East Africa, India, Southeast Asia, and northern Australia. In the United States, the mosquito is found mostly along the Gulf Coast running from Florida to Texas.

Mosquito bites occur most commonly during the spring and summer months when the insects are actively breeding. It only takes one bite for infection to occur. The virus can quickly move from the skin into the bloodstream and spread throughout the body.

While most cases of Zika virus infection are mild or asymptomatic (without symptoms), the virus can rarely lead to a serious complication known as Guillain-Barré syndrome in which the body's immune system attacks its own nerve cells. The disorder is most likely when a Zika infection lasts for more than a week and is accompanied by persistent fever.

While a Zika infection is usually mild and uneventful, it can have serious consequences if it is passed to a developing fetus during the early stages of pregnancy.

While scientists do not yet fully understand how the infection causes these effects, it appears that the virus is able to breach the placenta during the early part of the first trimester of pregnancy when fetal stem cells are just starting to develop into the brain, heart, and other vital organs.

The risk of microcephaly appears to be highest during the first trimester. By the second and third trimesters, the risk of microcephaly will have decreased to near-negligible levels, according to research from the Center for Disease Control and Prevention. Still, babies born to mothers with Zika can have serious neurological issues regardless of the trimester when she was infected.

Overall, the risk of microcephaly in affected pregnancies is between 1% and 13%.

While the Zika virus is considered a mosquito-borne illness, early surveillance of the disease revealed that some infections had occurred in climates where mosquito infestations were unlikely. Further investigation revealed that many of these infections were being passed between sexual partners, and mostly from males to females.

According to evidence published in the New England Journal of Medicine, the Zika virus is able to persist in semen even longer than it can in mosquitoes, increasing the potential for male-to-female transmission. By contrast, the virus cannot thrive in either saliva or vaginal secretions, making it less likely to be transmitted from females to males.

The risk that the Zika virus poses to the blood supply is unclear. While there have been several cases in Brazil linked to platelet transfusions (typically used to treat people who have hemophilia or who are undergoing cancer chemotherapy), there have been no similar occurrences elsewhere.

In July 2018, the U.S. Food and Drug Administration announced revised guidelines on the testing of donated blood and blood components for Zika virus. Given the significant decrease in cases of Zika virus infection in the U.S. and its territories, instead of testing individual donations, the FDA recommends testing pooled donations.

As of July 2019, the World Health Organization (WHO) reported that 87 countries and territories have had evidence of mosquito-borne transmission of Zika virus (ZIKV) distributed across four of the six WHO Regions (African Region, Region of the Americas, South-East Asia Region, and Western Pacific Region). The incidence of ZIKV infection in the Americas peaked in 2016 and declined substantially throughout 2017 and 2018. Zika virus transmission has been found in all countries in the Region of the Americas except mainland Chile, Uruguay, and Canada.

The WHO further reported that infection with ZIKV continues to carry the risk of Guillain-Barré Syndrome and adverse pregnancy outcomes including increased risk of preterm birth, fetal death or stillbirth, and congenital Zika syndrome (CZS), which can include microcephaly, abnormal brain development, limb contractures, eye abnormalities, brain calcifications, and other neurologic manifestations.

How Zika Virus Is Diagnosed
17 Sources
Verywell Health uses only high-quality sources, including peer-reviewed studies, to support the facts within our articles. Read our editorial process to learn more about how we fact-check and keep our content accurate, reliable, and trustworthy. 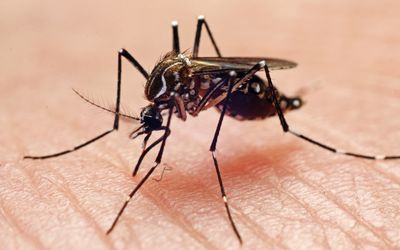